CHINA FM: US must not use UNGA to interfere in Xinjiang matters

FM: US must not use UNGA to interfere in Xinjiang matters

China urged the US to recognize that Xinjiang matters are purely internal matters of China. 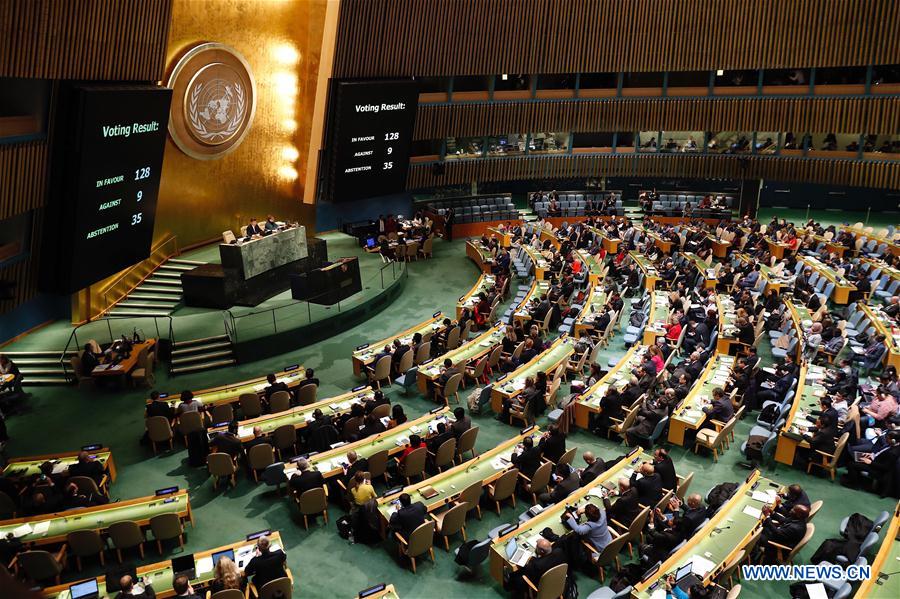 The response was made after reports said the White House is likely to make Xinjiang a topic of discussion at the 74th session of the United Nations General Assembly (UNGA) on Sept. 24.

On Thursday, Geng Shuang, Chinese Foreign Ministry spokesperson, called the upcoming UNGA an "important platform for discussions on significant matters related to world peace and development," at a regular press conference. But he warned that any member state seeking to interfere in other countries' internal affairs during the session is "doomed to fail."

"The nature of Xinjiang matters is not ethnic, religious or about human rights. It's about anti-separatism and anti-terrorism," Geng said. "No terrorism or violent cases have happened in the past three years in Xinjiang due to relevant actions taken by the Chinese government. Many foreign diplomats, international organization officials and reporters have witnessed and praised how the authorities fight terrorism by law."

Geng also suggested the US look at human rights issues that still exist in its own society.

"If the US is really an advocate of human rights, it should focus on domestic problems, such as gun control, gender discrimination, income disparity, the detention camps where refugee children are separated from their parents. The US has to stop its unilateral sanctions that violate the human rights of people from other countries," Geng said.