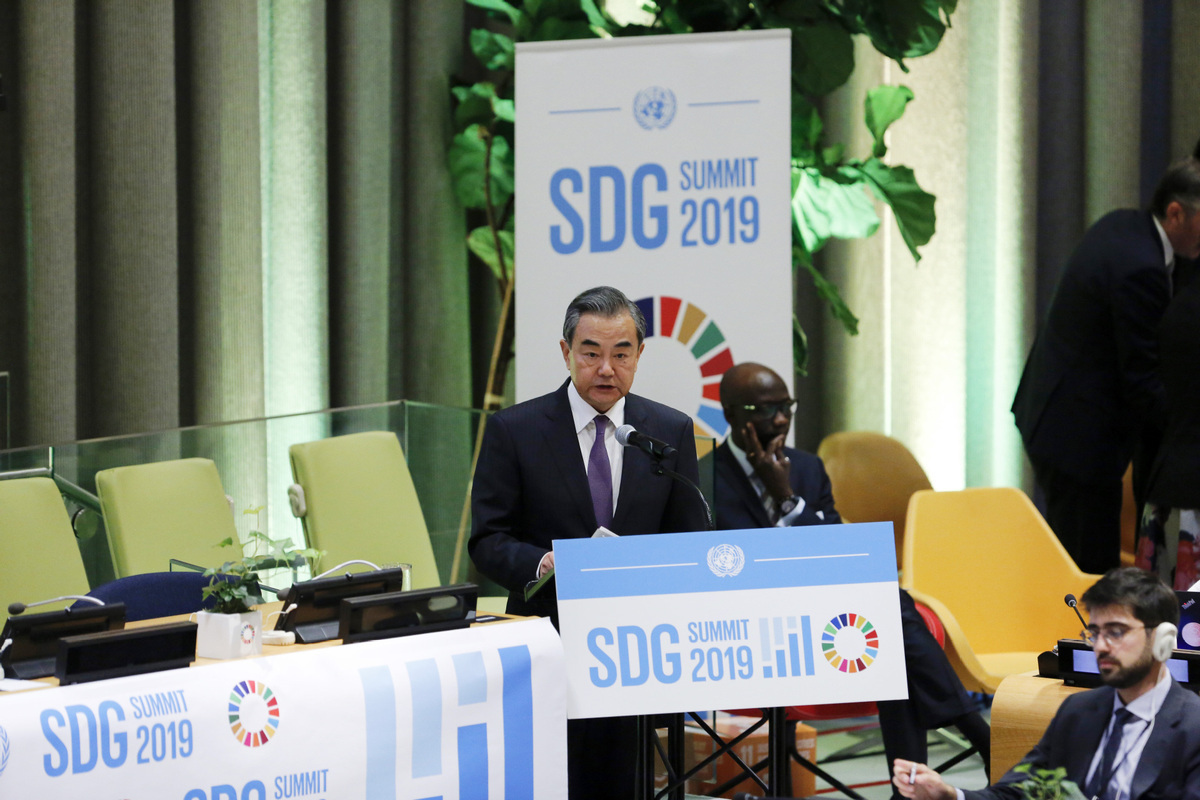 Opinions were exchanged through discussions on regional hotspot issues and deepening cooperation among the Security Council’s Permanent Five members.

“The UN Charter endowed the Permanent Five with special status, as people all over the world hold special expectations toward the group,” Wang said.

Wang also iterated how the Permanent Five should be aware of their responsibilities and devoted to world peace and security through shared efforts while protecting national interests and promote the common interests of the international community.

Under today’s international framework, the Permanent Five should take the lead in observing the international rule of law in sustaining world peace and stability. The group should play a leading role in supporting multilateralism and meeting world challenges with effectiveness, Wang urged.

The Permanent Five should expand development aid and help facilitate the 2030 Agenda for Sustainable Development. They should also set an example in strengthening solidarity and cooperation and build consensus on international cooperation.

Wang stressed that they should take the initiative in upholding the role of the UN and fulfilling Charter principles.

“A country’s responsibilities grow as its competency increases,” Wang said, and added China is willing to engage in communication and cooperation with other permanent members and the Secretary General, assume responsibilities in resolving hotspot issues and making contributions by promoting world peace and prosperity.