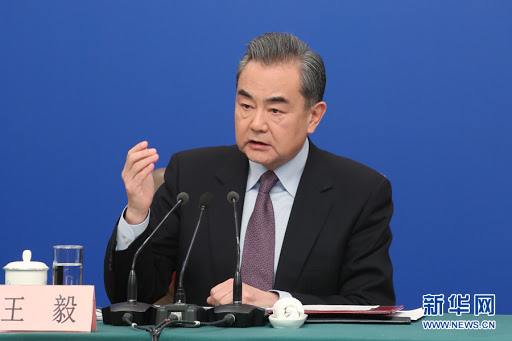 Marking the 20th anniversary of the signing of the China-Russia Treaty of Good-neighborliness and Friendly Cooperation, Wang extended congratulations and heartfelt thanks to the strategic and academic circles of the two countries who have long been committed to the cause of China-Russia friendship. He said that the treaty has laid a solid legal foundation for the long-term, sound and stable development of China-Russia relations.

Wang said China will continue to carry forward the spirit of the treaty with Russia, promote cooperation in a wider field and at a deeper level. The two countries will be responsible major countries that take the lead in upholding equality, integrity, cooperation and compliance with law. They will march toward their great rejuvenation side by side, and constantly inject new impetus into the building of a community with a shared future for mankind.

Lavrov said the signing of the treaty 20 years ago opened a new chapter in the friendship between the two peoples. The treaty will further play an important role in deepening the strategic cooperation between Russia and China.

The forum was jointly organized by the Chinese Academy of Social Sciences and Russian International Affairs Council. The theme of this year's forum is "China and Russia: Cooperation in a New Era and Celebration of the 20th anniversary of the signing of the China-Russia Treaty of Good-neighborliness and Friendly Cooperation."