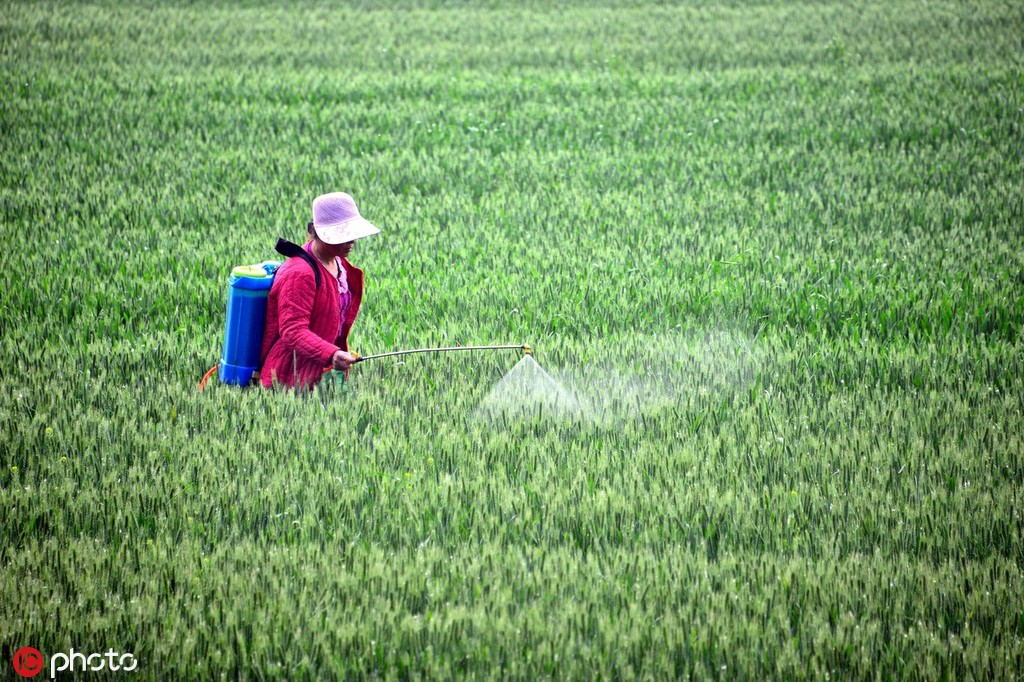 China plans to improve the standards for residues of pesticides and veterinary drugs in agricultural products, according to the country's top decision-making bodies.

The revised targets were laid out in a guideline issued by the Communist Party of China Central Committee and the State Council on Monday, in a bid to address a large number of food safety risks and bolster its regulatory capability to "an advanced level on a global stage".

China set 7,500 allowable limits for pesticides and veterinary drugs in March. That number will be raised to 10,000 by 2020, which will align the country's efforts with international food standards of the Food and Agriculture Organization and the World Health Organization, the guideline said.

The international standards define the maximum residue limit as "legally tolerated" or in accordance with good agricultural practice. The limit for veterinary medicines applies to food products obtained from animals.

Efforts to stamp out food risks stemming from the use of agricultural chemicals will be further strengthened through a blanket ban on all hazardous types.

The guideline said China will take a step-by-step approach to root out the production and use of toxic chemicals in five years.

"For years, it has been a daunting task to eliminate highly risky pesticides and regulate the use of acceptable ones, because China's agricultural industry is primarily based on small-scale farmers who tend to escape oversight and stick to outdated, dangerous pesticides," said Luo Yunbo, professor at the College of Food Science and Nutritional Engineering of China Agricultural University.

He added that by highlighting issues surrounding pesticide use, the central leadership has shown its determination to upgrade its oversight of chemical use in the agricultural industry.

To improve the situation, he suggested concerted efforts to develop low-cost and low-toxic pesticides and train farmers to switch to more environmentally friendly and safer alternatives.

According to the guideline, major food products that pass quality and safety tests are expected to reach 97 percent by 2020.

The pass rate for spot checks will surpass 98 percent for the same period.

To achieve the goal, the guideline also commits to stepping up scrutiny of health food products, cracking down on unsanitary food delivery procedures, strengthening supervision of food safety, and increasing the competitiveness of the domestic infant formula business.

It also suggests accelerated efforts in devising judicial interpretations of criminal cases involving food safety violations, in order to hand down penalties to manufacturers and sellers of counterfeit food products.