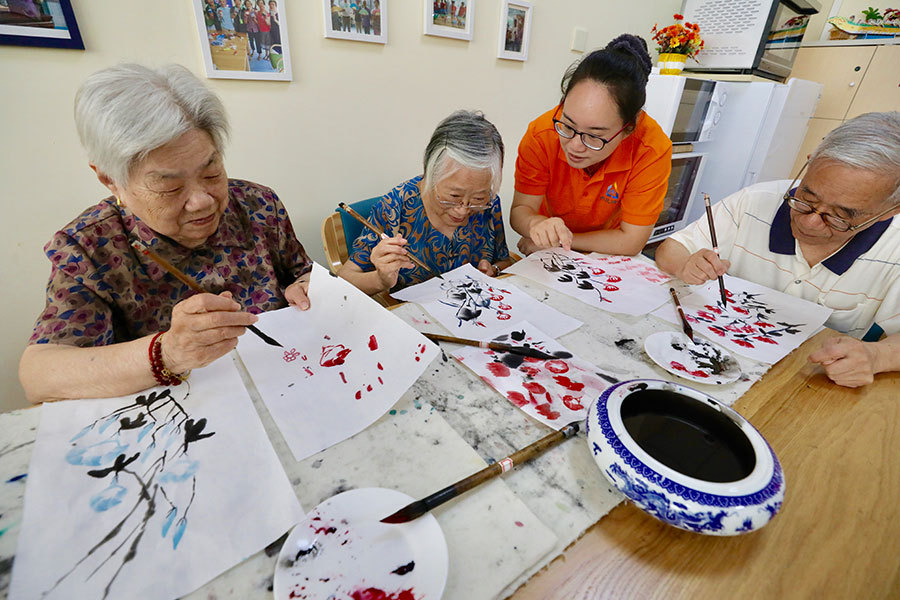 LANZHOU -- A homemade detox foot bath has been Wang Xuefeng's relaxing and soothing bedtime ritual for more than two years.

Boiling enough water to cover his feet in an electric foot basin, the 71-year-old retiree then adds a bag of Chinese medicine and steeps it deftly for several minutes before soaking his feet for about half an hour.

Working in cold and high altitude regions at a younger age left Wang with arthritis. For his health, Wang's granddaughter bought him the foot basin in 2018 when the old man started to do foot soaks that could "relieve pain and fatigue."

Since China entered an aging society at the end of the 20th century, the number of elderly and their proportion in the total population have continued to grow.

With spare time and money, more Chinese seniors are paying attention to ways to retain their health. Foot soaks, along with traditional activities such as walking and square dancing, have been in vogue among China's graying population.

"The distribution of the passenger flow in foot bath shops has changed significantly in recent years," said He Yong, chairman of Bigfeet Ancestor, a company focusing on foot care in Lanzhou, capital of Northwest China's Gansu province.

"The market used to be dominated by the middle-aged group, but now foot soaks have become a popular choice for more elderly people, especially in the afternoon," He said.

Gao Jin'e spends about six percent of her 5,000 yuan (around $717) retirement pension every month on footbaths. The 70-year-old usually does foot spas with her friends while watching movies.

"Lives of the elderly can also be colorful, and we should love ourselves more," she said.

Last November, China unveiled a medium- and long-term plan for responding proactively to population aging, requiring an integrated development of the service industry for the aged.

It highlights that health care, health tourism, recreational activities and other services should be continuously provided to meet the needs of the elderly.

"If healthcare services can be cheaper and have a wider variety, I think more elderly people will join us," Gao said.