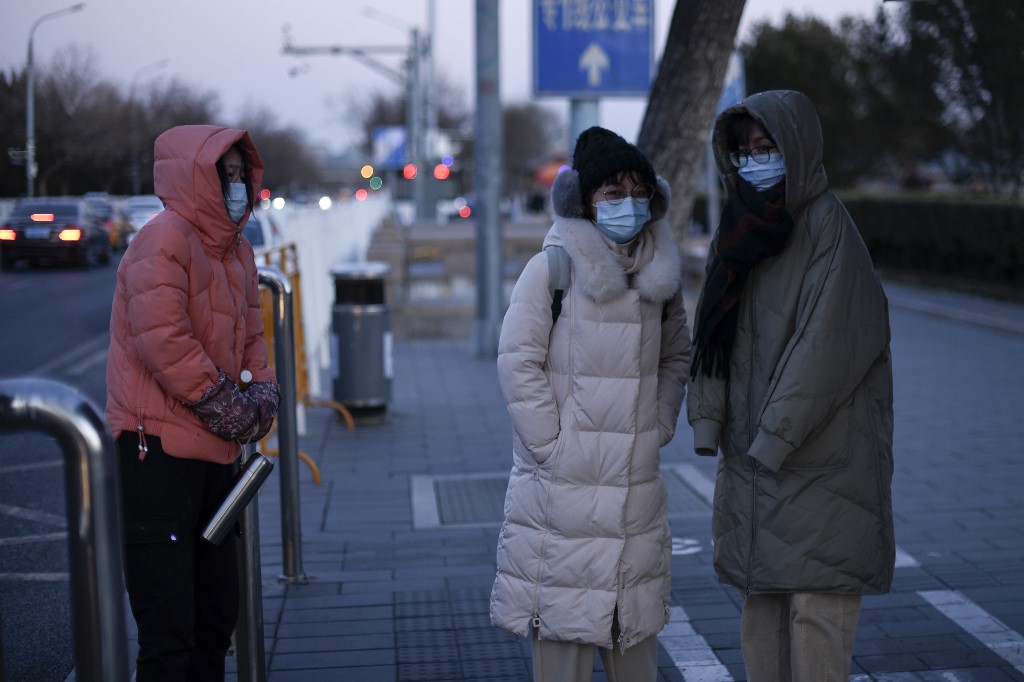 Women wearing face masks stand at a bus station on a cold winter day in Beijing on December 29, 2020. (Photo: AFP)

"Can I still travel elsewhere in the upcoming New Year holidays?" has become the most frequently asked question for residents in Beijing, as the city experiences a number of cluster infections and sporadic cases. Latest data shows that online searches for group tours have plummeted over the past seven days, while small gatherings may have become a new fad.

In response to the anti-epidemic measures which call upon locals to stay in the city to reduce the viral spread, many Beijing residents have adjusted their travel plans to choose a simpler way to spend the New Year holidays, CCTV News reported on Wednesday.

Relevant searches of "group tours" on the internet have plummeted by 40 percent, and "nearby travel" has also declined by 23 percent in the past seven days.

Local officials in Beijing's Shunyi District, the hardest-hit region which reported a total of 16 COVID-19 patients since the first case was identified on December 23, also announced on Wednesday to cancel all events with over 100 participants, suspend all kinds of gatherings such as parties and performances, and strengthen management of parks, restaurants, hotels, and entertainment venues, in an effort to curb the latest clustered infections.

Regarding the scale of small gatherings, the National Health Commission issued a notice on Wednesday, which specified that private events should be held with less than 10 people. In addition, the maximum capacity of tourists in scenic spots across China is limited to 75 percent, the statement said.

"After all, health and safety outweighs travel and sight-seeing. The number one rule that people must abide by is to follow epidemic control and prevention measures of the travel destination in question," Dai Bin, head of China Tourism Academy, was quoted as saying by CCTV News.

Beijing has reported one more confirmed case on Wednesday, a 4-year-old boy from Chaoyang District, bringing total new infections to 22 since December 14, triggering states of emergency in areas of China's capital that have been affected, and prompting new citywide advice to take more precautions.