CHINA For first time ever, celebrate a special Spring Festival in Forbidden City

For first time ever, celebrate a special Spring Festival in Forbidden City

Do you want to see how Chinese emperors spent the Spring Festival holiday in ancient times?

Here's a chance to walk into the Forbidden City, also known as the Palace Museum, and experience a special Chinese New Year in person as the Palace Museum is opening its first 2019 exhibition with a record-breaking number of exhibits that unveil how the imperial court of the Qing Dynasty (1644-1911) and ancient royal families celebrated the Chinese lunar New Year. 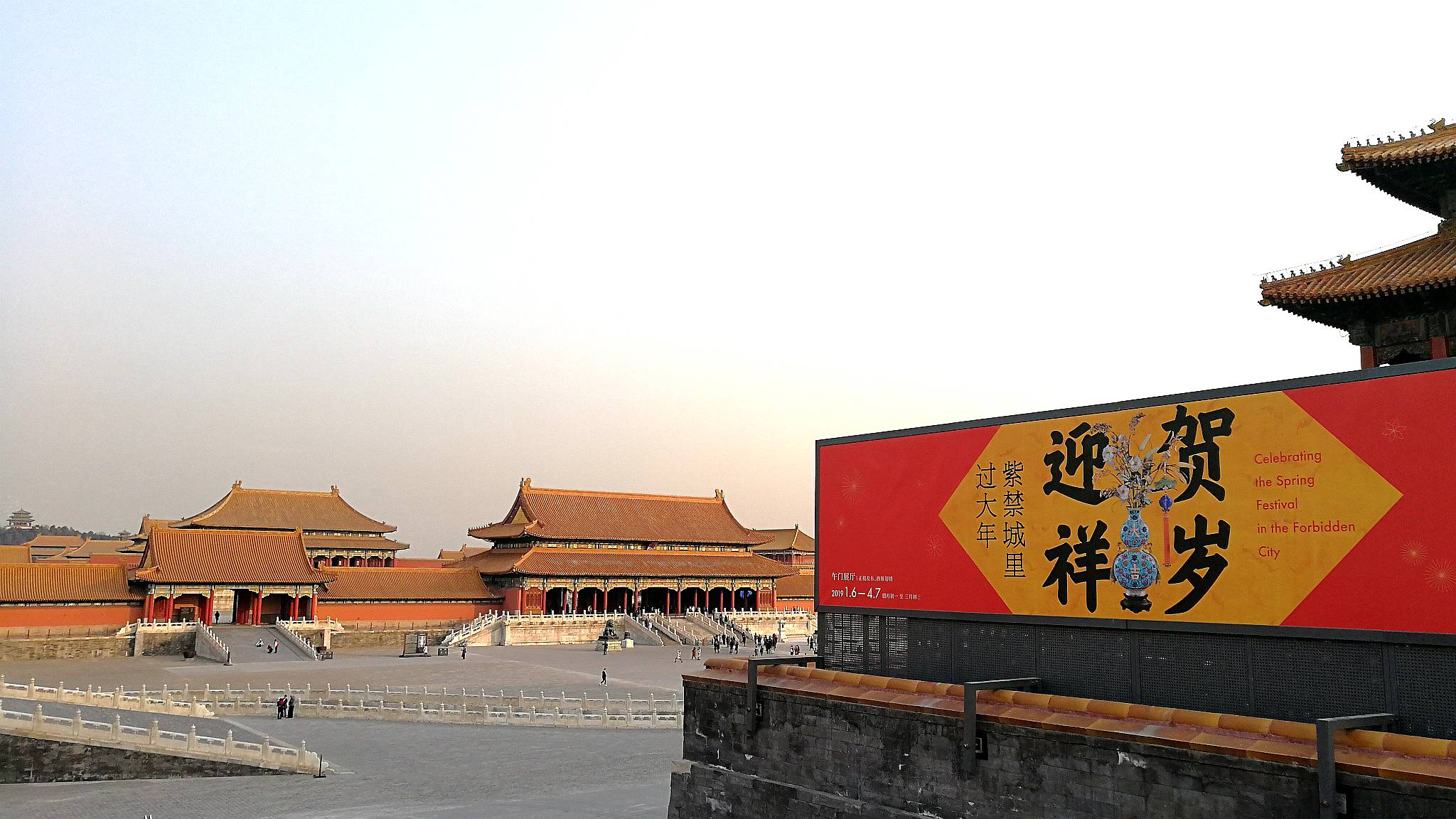 The striking event kicked off at the Forbidden City in Beijing on Sunday, the first day of the twelfth lunar month, a time when Chinese people traditionally start a series of celebrations and preparing for what they consider the most important festival of the year.

This exhibit is the first time the public have been able to enjoy and engage in the traditional celebrations of lunar New Year inside the royal palace. 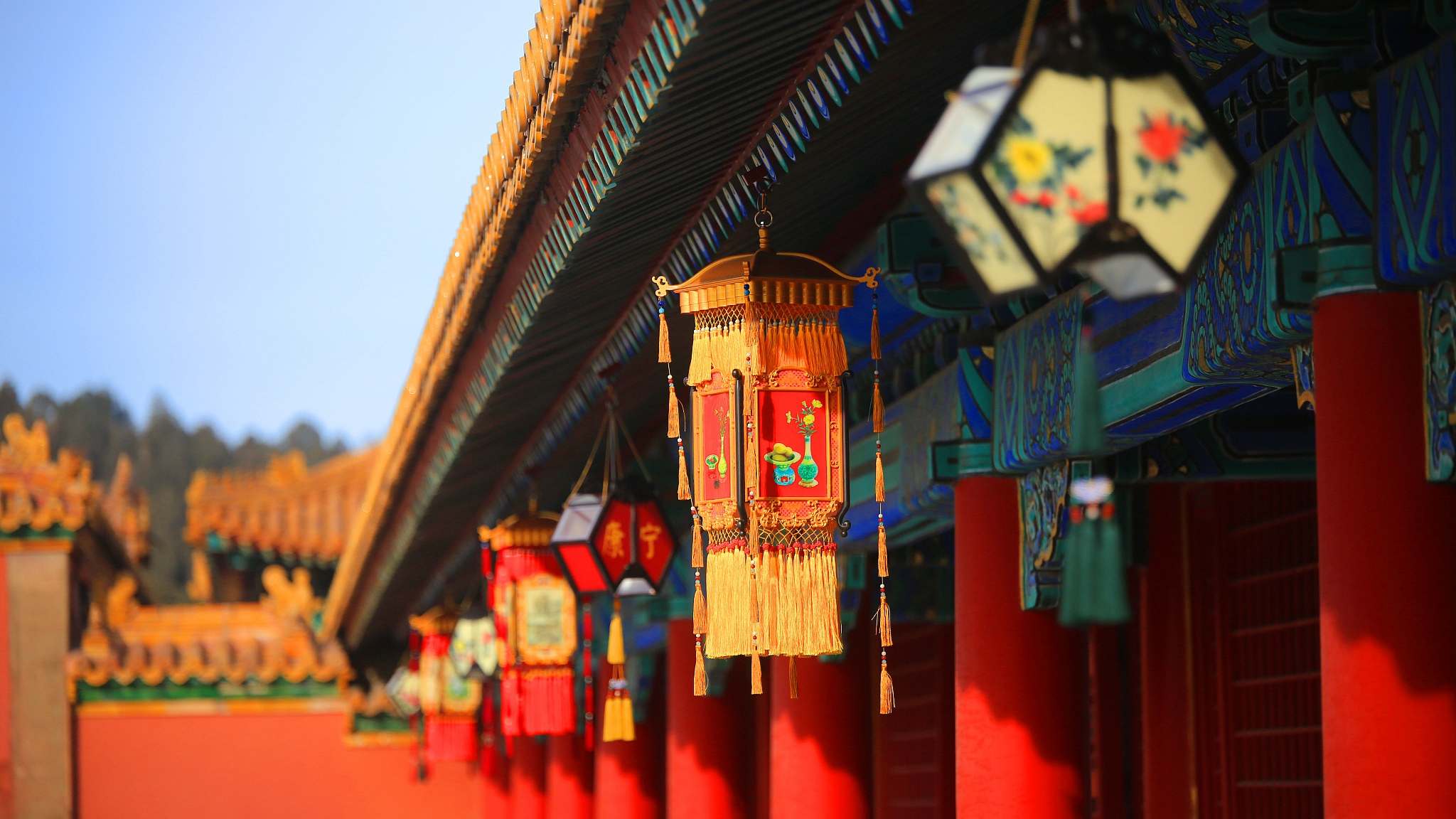 Lately, an increasing number of Chinese people have been spending Spring Festival at museums, celebrating the lunar New Year in a different way, according to Shan Jixiang, curator of the Palace Museum.

The Chinese character "福," referring to good fortune and blessings, as written by five Qing emperors, were unfolded to the public. 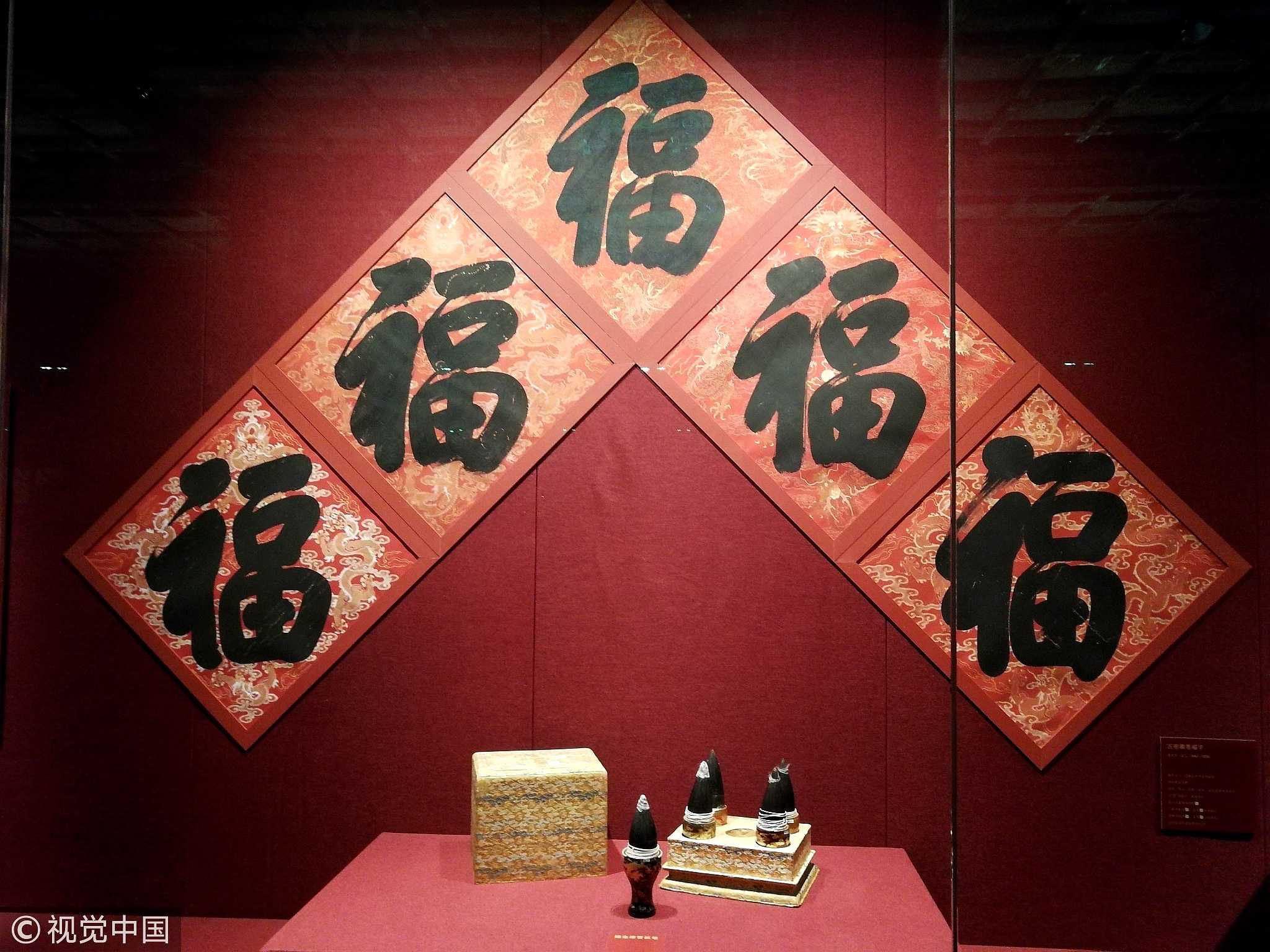 There is also a rare opportunity to see Emperor Qianlong's handwriting in Spring Festival couplets that are on display in the Hall of Mental Cultivation as well.

The exhibition also features traditional instruments, which were employed to play imperial court music during festivals in the Qing Dynasty, as well as creative cultural products with a festive theme. 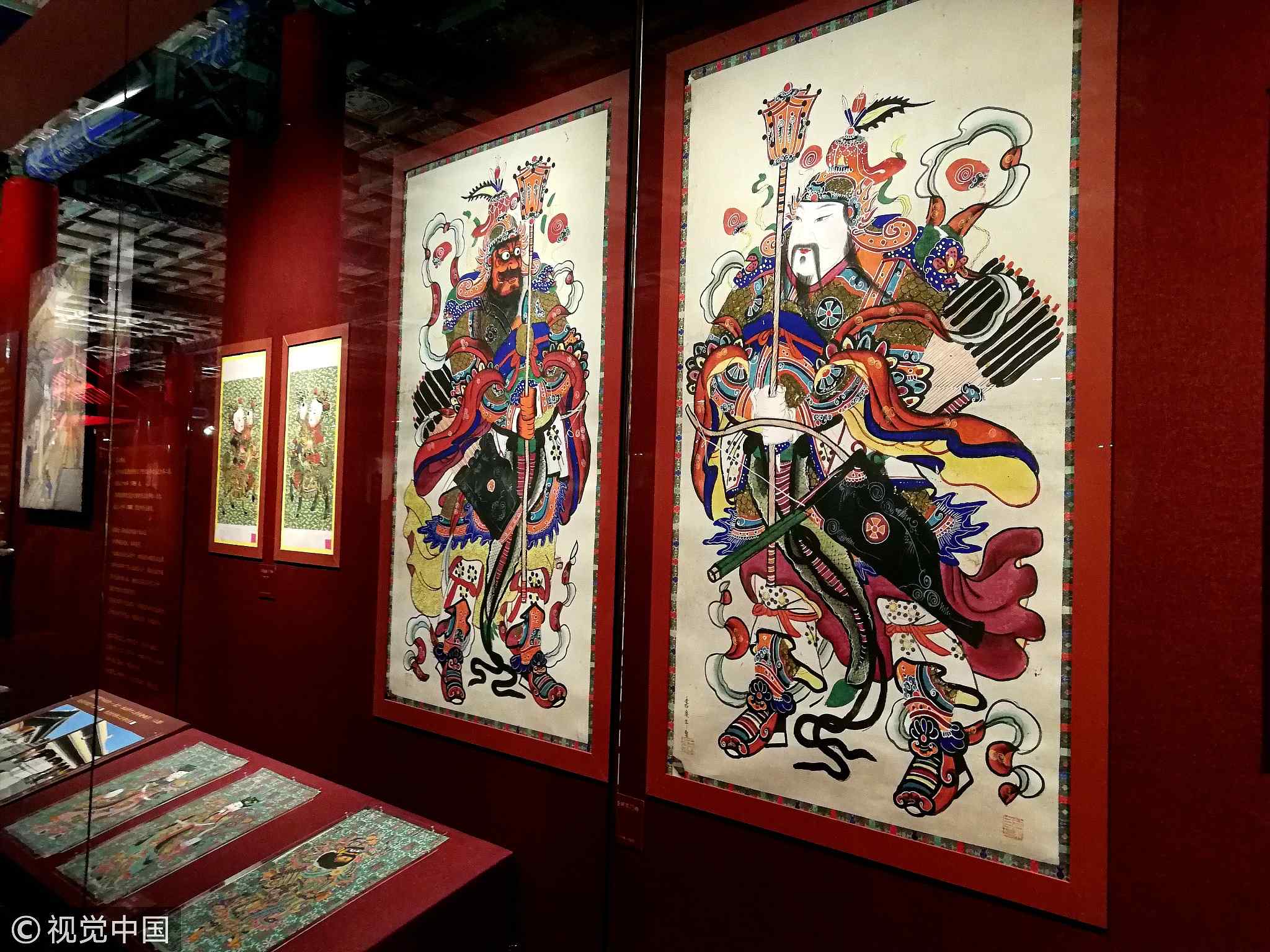 Picture pairs of guardian gods that are usually put up on the doors are also displayed at the exhibition, January 6, 2019. (Photo: VCG)

Aside from the grand exhibition unprecedentedly showcasing 885 pieces of royal antiques, the Palace Museum has used its largest area to restore the imperial celebration scenes of the Spring Festival.

The Forbidden City was decorated with festive decorations, offering an immersive entertainment experience for the visitors. 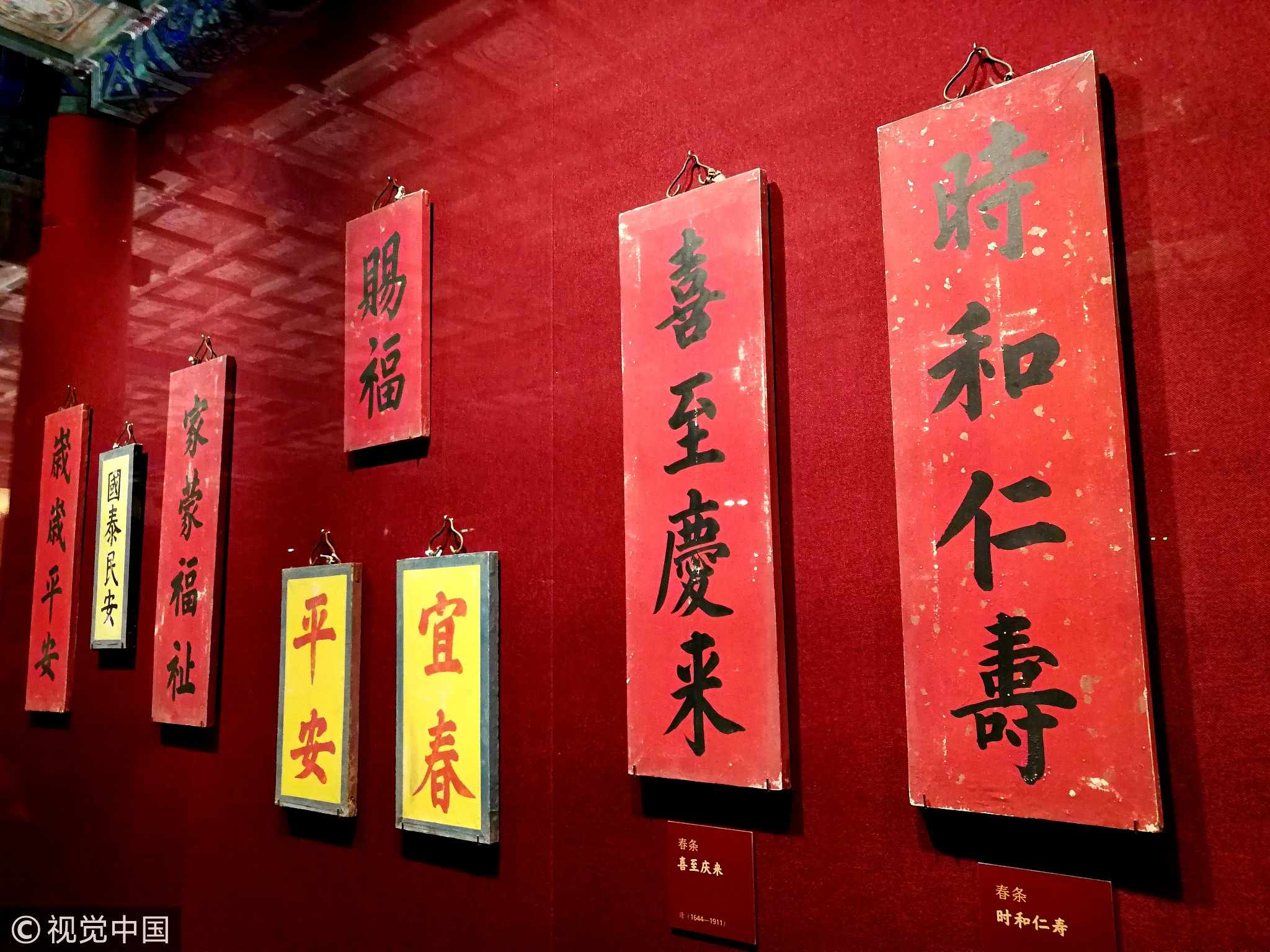 Auspicious poetic couplets and picture pairs of guardian gods were put up on the doors and gates as a New Year tradition.

Lanterns, for the first time during the past two centuries, are decorating palace halls and corridors, embracing the unique characteristics of the imperial court festival.

"How to ring out the past days and ring in the new year is a constant topic for all the Chinese, no matter in ancient times or nowadays," said Shan, stressing that "the meaning behind the royal customs and ceremonies during the festival is much more profound" as it not only observes domestic affairs but showcases the prosperity of the country.

The exhibition will last for three months from January 6 through April 7.