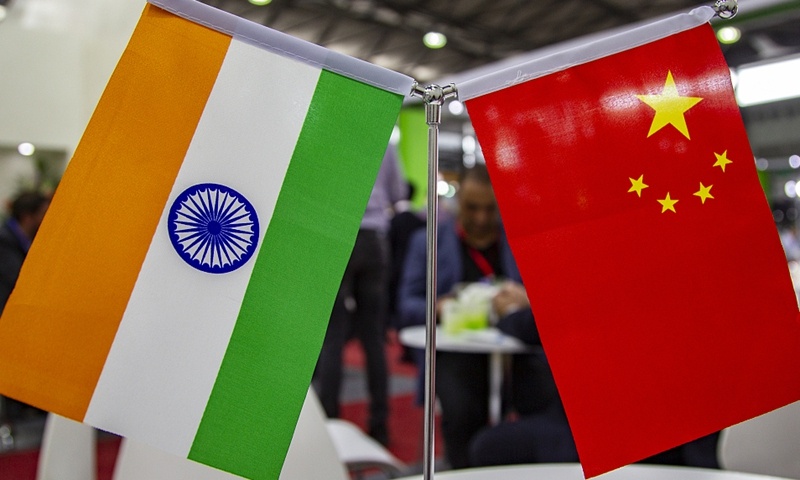 A forced decoupling of the Chinese and Indian economies goes against the trend, China's Ambassador to India Sun Weidong said at a webinar on Thursday, in a fresh reminder that New Delhi needs to rectify its hostility toward Chinese investment.

"China-India economic and trade cooperation has boosted the development of industries such as mobile phones, household appliances, infrastructure, automobile making, medicine and biology in India, creating a large number of local jobs and cost-effective products for Indian consumers," Sun said.

China has been India's largest trading partner for many years, with a cumulative investment of more than $8 billion in India, according to the ambassador, and bilateral trade has surged by 32 times since the beginning of the century to nearly $100 billion last year.

The ambassador's remarks came amid India's intensified hostility toward Chinese products and businesses, as manifested by a string of moves including its planned tightening of import standards, a recently reported plan to curb investment from China, a ban on nearly 300 Chinese-developed mobile apps and a plan to remove Chinese suppliers from its government procurement programs.

"Made in China" products were a rarity in India some two decades ago, but it's entirely different now with Chinese suppliers accounting for a lion's share of India's automobile components and raw materials for the local manufacturing of medicines, Wang Dehua, head of the Institute for South and Central Asian Studies at the Shanghai Institutes for International Studies, told the Global Times on Saturday.

In 2018 and 2019, 92 percent of Indian computers, 82 percent of TV sets, 80 percent of optical fiber, and 85 percent of motorcycle components were imported from China, the ambassador said, citing local statistics.

Another striking example of India's reliance on Chinese technologies is the dominance of Chinese smartphone vendors in the Indian market. Chinese brands including Xiaomi, Vivo, realme, and Oppo were four of the top five suppliers to the Indian smartphone market in the first quarter, according to market research firm Counterpoint. Third-ranked Samsung was the only non-Chinese vendor in the top five.

Without Chinese supplies, investment and technological expertise from industry heavyweights like Huawei, ZTE and social networking behemoths such as WeChat and TikTok, the India economy is bound to suffer more, market watchers said.

It's unrealistic for India - as New Delhi has imagined - to find viable substitutes that can fill the gap if there is a forced retreat of Chinese companies and products from the local market, emphasized Wang.

"It will be harmful to India and others around the world," said Sun.