CHINA Foreign companies gear up as the second CIIE approaches

Foreign companies gear up as the second CIIE approaches

The second China International Import Expo (CIIE), which is scheduled to run from November 5 to 10 in Shanghai, will soon enter its 100-day countdown, while anticipation runs high among prospective participants thanks to its huge success last year. 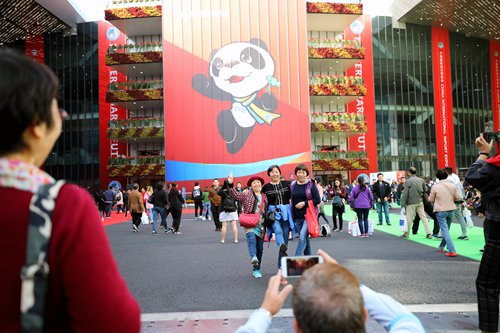 This year's expo will be even larger and more diverse than the first, according to the new layout the organizers released. A total of seven categories will be featured and an outdoor exhibition area will also be included to accommodate more exhibitions. As of Thursday, up to 250 out of the Fortune 500 companies had confirmed attendance, according to a report by comnews.cn.

Esteban Pronato, head of mission from the Argentine Consulate General in Shanghai, said on Thursday that Argentina is looking forward to establishing stronger trade relationships with China, especially for the export of agricultural products from Argentina.

According to Pronato, the main product from Argentina during the first CIIE was wine, but this year Argentine companies are bringing a wider variety of products such as fresh fruits, beef and dairy products.

"Argentina is a country with many excellent agricultural products to offer, but we couldn't enter the Chinese market before," Pronato told the Global Times. "Now the governments in both countries are building the bridge that enables more Argentine products to be exported to China. It will be a great stimulus to Argentina's economy."

Many Argentine companies that attended the first CIIE have decided to come back thanks to last year's huge success. "We have high hopes for the CIIE and we hope to maintain the good relationship and bring it to the next level," Pronato said. "This year we are going to bring more companies here and our pavilion will be double the size of last year."

Li Haichao, CEO of Scandic Food Asia, a company that aims to export Scandinavian food to the Asian market, said that thanks to the spillover effects of CIIE in 2018, the companies are prepared to sign even more deals this year.

"Last year many Scandinavian companies benefited from the expo not only itself but from its aftereffects. Some of our clients heard about the success and came to Shanghai even after the expo ended," Li said.

"Last year we signed about 2 million euros ($2.2 million) worth of contracts, and this year the figure is expected to reach 3 to 5 million euros." Scandinavian companies, whose exports to China include food, furniture and decorations, are eyeing the Chinese market with great anticipation.  "We provide four training sessions a year back in Sweden on doing business with China," Li said. "Companies are very eager to learn about the opportunities, especially CIIE."