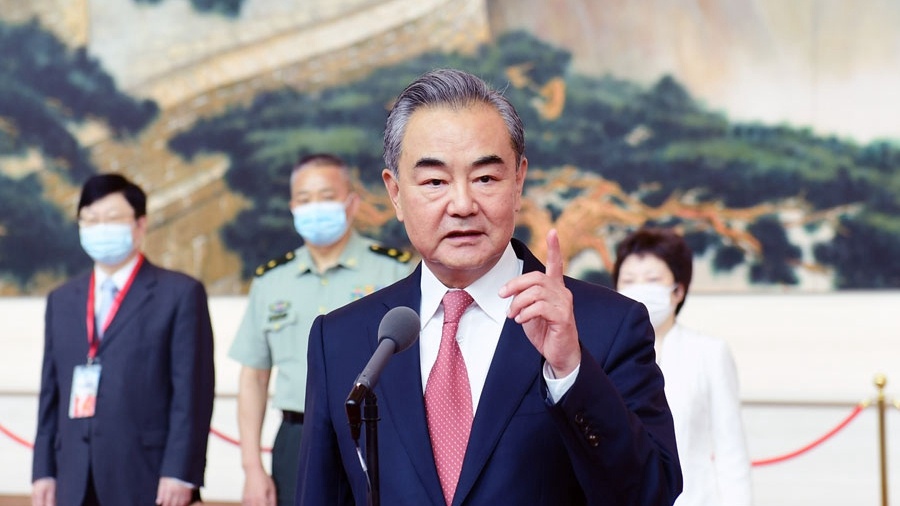 Chinese State Councilor and Foreign Minister Wang Yi speaks during a visit to the new Museum of the Communist Party of China in Beijing, China, June 24, 2021. (Photo: agencies)

Dozens of foreign ambassadors on Thursday visited the new Museum of the Communist Party of China (CPC) in Beijing. The tour was hosted by Chinese State Councilor and Foreign Minister Wang Yi as part of a series of visits to give diplomats a more complete picture of China.

Speaking to ambassadors from more than 80 countries, Wang said he believes the key mission for every diplomat is to promote bilateral cooperation by getting to know the host country on a deeper level, which means understanding the CPC's role in Chinese history and what it is fighting for. "I don't think there's a political party in the world like the Communist Party of China. It has always taken the happiness of the people and the rejuvenation of the nation as its own mission. That has never changed for the past century," Wang said. "Through this visit, I believe everyone will get a direct sense of why the Chinese people chose the CPC."

Many of the diplomats said they are impressed by the CPC's achievements over the last century, especially its fight against poverty.

Mexican Ambassador to China José Bernal told CGTN that he was in charge of economic relations with socialist economies in his professional career and has been following China's progress for some time.

"So, I've been following many achievements that CCP has completed. It has led this nation into what it is today. The development is not only economically but socially very important. That is to achieve better living conditions for everybody," he said.

"The impact of that great victory on the global development really cannot even be measured by quantitative norms," he said.

This new landmark museum, described as the Party's "spiritual home," displays the Party's history and comprises more than 2,600 pictures and 3,500 historical and cultural items, including Karl Marx's Brussels Notes.