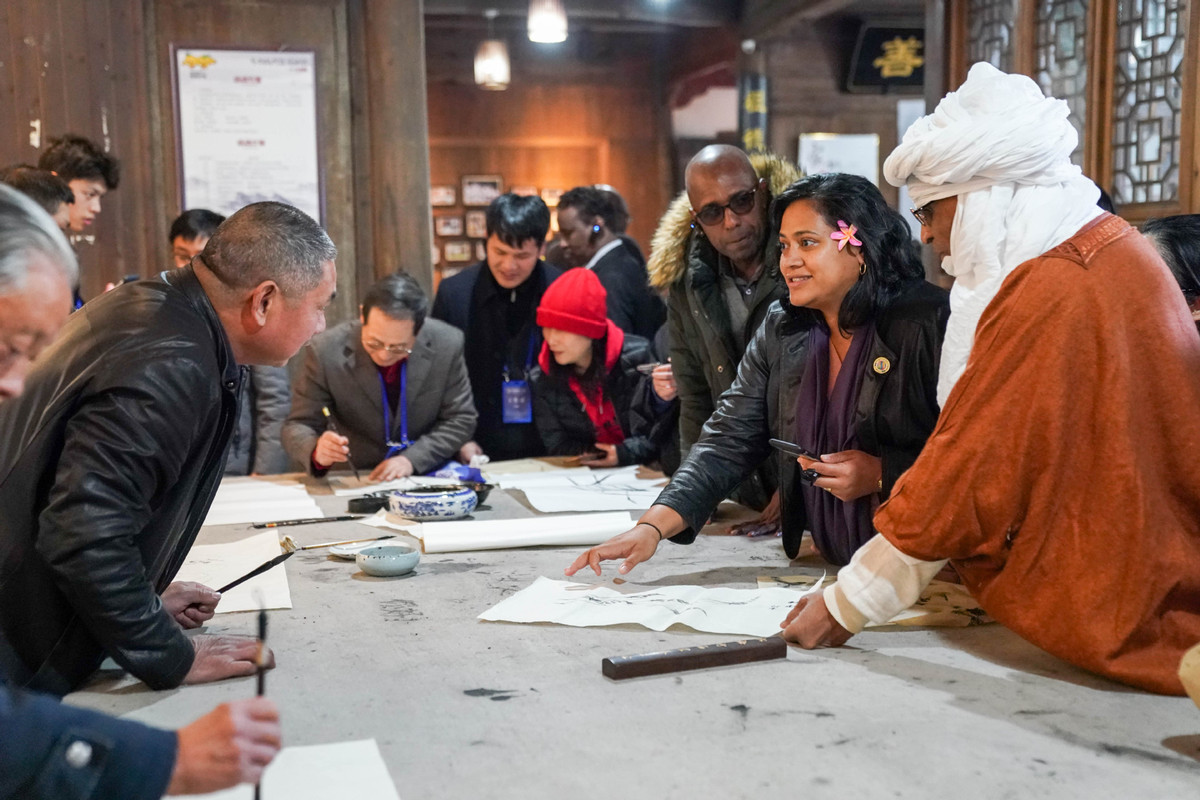 A tour in an eastern Chinese city has provided new thoughts on the meaning of human rights for visiting officials and scholars from over 70 developing countries and the United Nations.

Their destinations in Hangzhou, which followed their Shanghai tour, included Waitongwu village, an exhibition hall of Alibaba, and an administrative service center.

Waitongwu, once a tea-producing village, impressed the visitors with its efforts to raise locals' incomes by building a cluster of art studios. The exhibition hall of Alibaba, China's e-commerce giant, demonstrated how digital technologies are being used to fight rural poverty, uplift retail and run a city more efficiently.

In China, technological applications from e-commerce to mobile payments all manifest the country's efforts to improve people's livelihood and advance human rights, said Jean Claude Mokeni, former chairperson of the Foreign Affairs Committee of the Senate of the Democratic Republic of Congo.

"Human rights include access to education and public facilities ... the question of human rights is a holistic one," Mokeni commented.

Cesar Rodrigo Landa Arroyo, former president of the Constitutional Court of Peru, said he was impressed by the Chinese projects to install lifts in old neighborhoods to facilitate the elderly dwellers.

This is a clear manifestation of China's progress in human rights, he remarked.

Arroyo called for the developing world to exchange ideas and better understand the situations in other countries.

According to the Beijing Declaration issued at the first South-South Human Rights Forum held in Beijing in 2017, participants agreed that the right to subsistence and the right to development were primary basic human rights.