China is "optimistic" about meeting the goal of stably attracting foreign investment in the mainland through the year, as the January-October figures were sound, the Ministry of Commerce said. 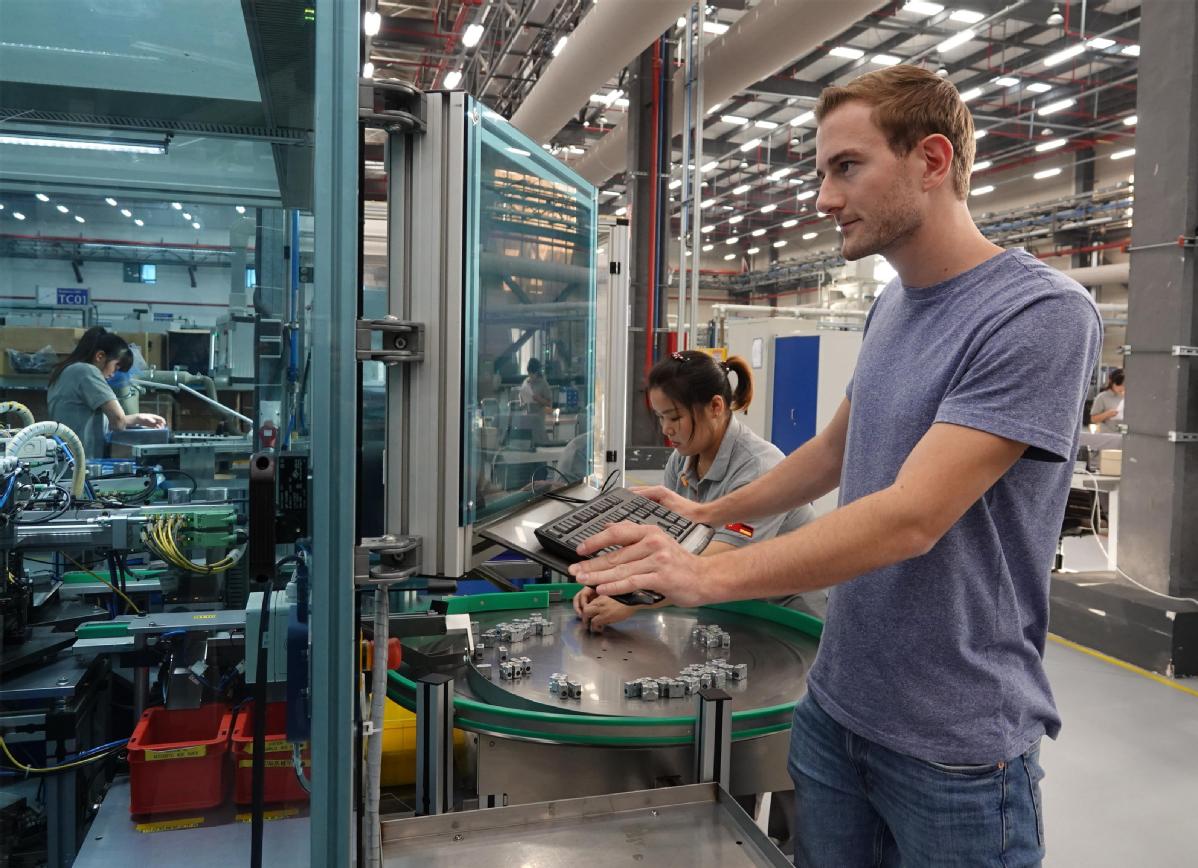 A German engineer adjusts equipment at the production line of a gear manufacturing plant in Taicang, Jiangsu province. (Photo: Xinhua)

Zong Changqing, director-general at the ministry's department of foreign investment administration, said it is expected that FDI flowing to the Chinese mainland will remain stable for the whole year.

So far this year, FDI has been growing steadily, with more big-ticket projects in high-end sectors, Zong said at a news conference on Monday.

A total of 33,407 new foreign-funded enterprises were established in the market between January and October, the data showed. In October alone, FDI climbed 7.4 percent year-on-year to 69.2 billion yuan, according to the data.

"This year, there have been more than 1,300 foreign-funded projects, with investment of more than $50 million. The number has increased by 5.4 percent, compared with the same period last year," Zong said. "In the meantime, the structure of FDI has been optimized."

In January, German chemical giant BASF signed a framework agreement with Guangdong provincial government to further clarify the planning details for its $10 billion Verbund chemical complex. The site would ultimately be the third-largest BASF site worldwide.

Also in January, Tesla Inc's Shanghai gigafactory, the largest foreign-invested manufacturing project in the city, broke ground. It has started trial production ahead of schedule.

China has rolled out a series of measures to stabilize foreign capital, such as renewing the negative lists, promoting the Foreign Investment Law and establishing new pilot free trade zones.

Early this month, the State Council issued a guideline on better using foreign investment, with a focus on safeguarding the national treatment of foreign-funded enterprises.

Ye Wei, deputy director-general of the department, said the commerce ministry has been working with relevant departments to work out supporting regulations for the Foreign Investment Law, which will come into force in January. The draft of the law is available online for public comment, and judicial interpretation is also being formulated, he said.

The ministry has also been training local offices in understanding the significance of the law, so as to provide a foundation for its implementation, he said.

In October, MAXAM, a provider of energetic materials and blasting solutions, opened its first plant in Shandong province. Jose Fernando Sanchez-Junco Mans, company chairman and CEO, said China's economy is now on its strategic transformation trajectory to sustainable and high-quality growth, which provides tremendous business opportunities for the company.