CHINA Foreign legislatures should not interfere in any form in Hong Kong affairs: HKSAR gov't

Foreign legislatures should not interfere in any form in Hong Kong affairs: HKSAR gov't

HONG KONG, Oct. 16 (Xinhua) -- The government of China's Hong Kong Special Administrative Region (HKSAR) on Wednesday expressed regret over the U.S. House of Representatives' passage of acts and a resolution concerning Hong Kong, reiterating that foreign legislatures should not interfere in any form in the internal affairs of the HKSAR. 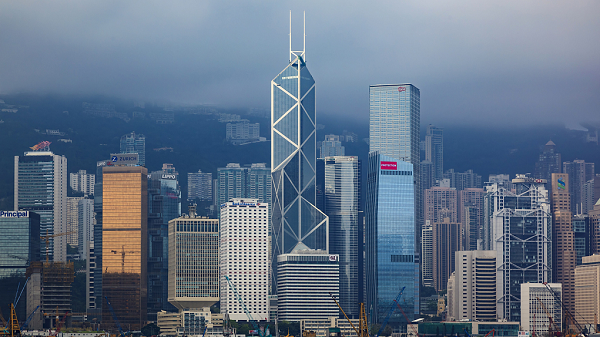 Responding to the passage of the acts and the resolution, a spokesman of the HKSAR government said as the best arrangement for maintaining Hong Kong's long-term prosperity and stability and for making Hong Kong a favorable place to live and work in, the "one country, two systems" principle has been fully and successfully implemented in Hong Kong since its return to the motherland.

The HKSAR has been exercising "Hong Kong people administering Hong Kong" and a high degree of autonomy in strict accordance with the Basic Law of the HKSAR of the People's Republic of China, the spokesman said in a statement.

Human rights and freedoms in Hong Kong are fully protected by the Hong Kong Bill of Rights Ordinance and other legislation, in addition to the Basic Law, the spokesman said, stressing the HKSAR government attaches great importance to human rights and freedoms and is determined to safeguard them because it's a constitutional duty of the HKSAR government.

Article 4 of the Basic Law stipulates that the HKSAR shall safeguard the rights and freedoms of the residents of the HKSAR and of other persons in the HKSAR in accordance with the law.  Also, the provisions of the International Covenant on Civil and Political Rights as applied to Hong Kong shall remain in force.

Chief Executive of the HKSAR Carrie Lam announced on Sept. 4 that the HKSAR government would formally withdraw the amendments concerning the transfer of fugitive offenders, the spokesman said.

Over the past few months, violent protests and illegal incidents have caused damage to district and community facilities as well as injury to members of the public, according to the spokesman.

In response, the Hong Kong police have been exercising restraint and carrying out enforcement actions in strict accordance with the law to protect the life and property of the general public, bring offenders to justice and restore public order as soon as possible, the spokesman said.

The Independent Police Complaints Council is conducting a fact-finding study on the handling of large-scale public order events since June, including corresponding actions by the police, to ascertain the facts and will prepare a report that will be made public, the spokesman said.

Concerning constitutional development and universal suffrage, the community needs to engage in dialogues, premised on the legal basis and under a peaceful atmosphere with mutual trust, with a view to narrowing differences and attaining a consensus agreeable to all sides, the spokesman said.

The HKSAR government will assess the situation carefully and take forward constitutional development in accordance with the Basic Law and the relevant Interpretation and Decisions of the Standing Committee of the National People's Congress, the spokesman said.