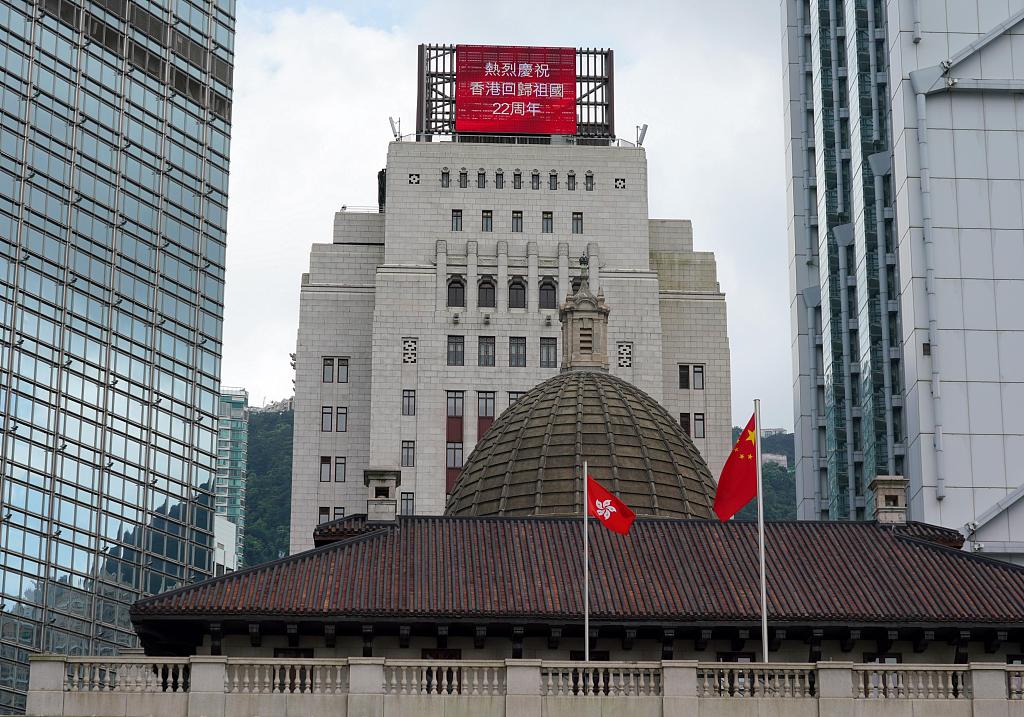 HONG KONG, Sept. 9 (Xinhua) -- The Hong Kong Special Administrative Region (HKSAR) government on Monday expressed regret over the re-introduction of the so-called Hong Kong Human Rights and Democracy Act at the U.S. Congress and reiterated that foreign legislatures should not interfere in any form in the internal affairs of the HKSAR.

Since Hong Kong's return to the motherland, the HKSAR has been exercising "Hong Kong people administering Hong Kong" and a high degree of autonomy in strict accordance with the HKSAR Basic Law, and the "one country, two systems" principle has been fully and successfully implemented, a spokesman of the HKSAR government said.

"Human rights and freedom in Hong Kong are fully protected by the Basic Law, the Hong Kong Bill of Rights Ordinance and other legislation. The HKSAR government attaches great importance to them and is determined to safeguard them," the spokesman stressed.

A demonstration held Sunday in Hong Kong's Central district over the re-introduction of the act at the U.S. Congress turned violent as some radical demonstrators blocked roads in the area, extensively vandalized the Central Mass Transit Railway (MTR) station and set fire outside the station.

The Central MTR station and the Wan Chai MTR station were seriously damaged, and the stations in Central, Wan Chai, Prince Edward and Mong Kok had to be closed to protect the safety of passengers, MTR staff members and the facilities.

In response to the demonstration, the spokesman said the HKSAR government condemns the illegal behavior of the radical protesters.

"Their vandalizing acts deprive the rights of other members of the public to use the MTR and must be stopped immediately."