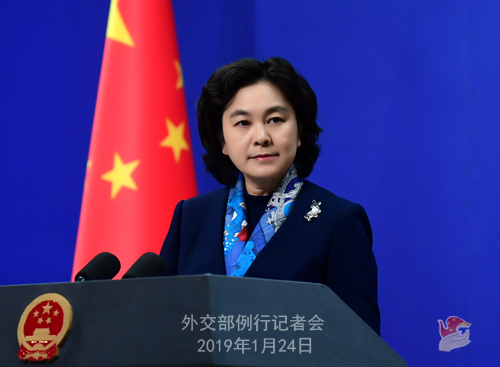 The Foreign Ministry confirmed on Thursday that Australian citizen Yang Hengjun had been detained on suspicion of engaging in activities that threatened China's national security.

"China has officially informed the Australian embassy in China about this case," ministry spokesperson Hua Chunying told a regular press conference in Beijing.

According to Hua, it is an operation taken by the Beijing State Security Bureau in accordance with law.

"The case is still under investigation, and the legitimate rights and interests of Yang have been safeguarded," she said.

In a statement released on Thursday, the Australian Department of Foreign Affairs and Trade said Chinese authorities gave formal notification to the Australian embassy in Beijing on Wednesday night that Yang had been detained.

According to media reports, the 53-year-old Yang had flown into Guangzhou Baiyun airport from New York last week, and his friends lost contact with him starting last Friday.