BBC reporter John Sudworth left the Chinese mainland without giving any reason to the ministry, and did not go through the formalities as a foreign correspondent, China's Foreign Ministry said on Wednesday. 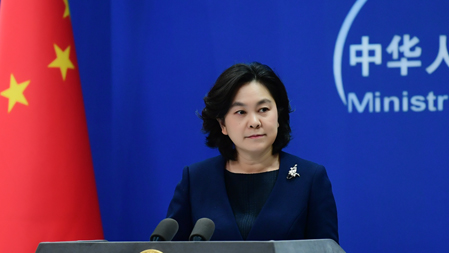 Ministry spokesperson Hua Chunying made the remarks in response to a question at a daily press briefing.

John Sudworth had relocated to Taiwan from Beijing, BBC News said on Wednesday in a statement.

"We've heard that some individuals and entities in Xinjiang are planning to sue him (John Sudworth) because his fake reports on the region have damaged their interests," Hua told reporters, clarifying it's not a government move.

Hua said no Chinese department nor any local governments in China threatened him. "If there's any evidence that he's under threat he should have called the police for protection," Hua said.

China has lodged several stern oppositions to the broadcaster over what it deems to be fake reporting on China's Xinjiang Uygur Autonomous Region and China's COVID-19 prevention and control efforts.

Last month, China announced that it has barred BBC World News from airing in the country and revoked its license for one year.