The spokesman and Director-General of the Foreign Ministry's Information Department Lu Kang is leaving his posts. 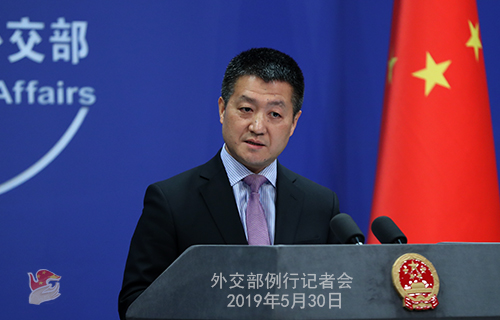 "It will be the last time that I host the news conference as the ministry spokesman. I'm very glad to have known so many Chinese and foreign friends from the press over the past four years," Lu Kang announced on Thursday, saying that he will continue to keep in communication with them in his new post, which he didn't reveal.

Lu, 51, is a seasoned diplomat who joined the foreign ministry in 1993. He worked in a number of departments and served in several embassies overseas. He was the minister at the Chinese embassy in the United States from 2012-15.

Lu assumed his current posts in April 2015. He made his first public appearance as ministry spokesman in June 2015.