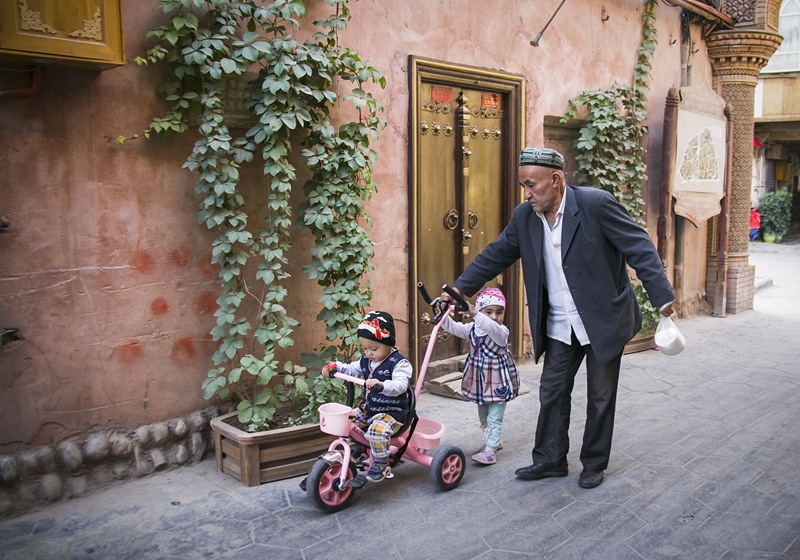 Under the people-centered guidelines, Xinjiang has achieved rapid social and economic progress and people of all ethnic groups, who are living and working in peace and contentment there, have shared the fruits of reform and development, said the officials and experts.

The white paper, titled "Respecting and Protecting the Rights of All Ethnic Groups in Xinjiang," was issued by China's State Council Information Office on Wednesday.

Sonia Bressler, a French writer and expert on China, who has once traveled to Xinjiang and other places along the ancient Silk Road, has published many works related to Xinjiang.

Bressler said in Xinjiang, she saw the importance of the creation of social centers, where all the possible aids are gathered, including social security, unemployment aid, retirement and business creation. "All these efforts to create the middle-income society in China are remarkable," she added.

"Numbers speak unless you just choose not to believe them," said Ali el-Hefny, Egypt's former ambassador to China and former deputy foreign minister.

"These figures and cases all illustrate the positive development of Xinjiang, the effectiveness of anti-terrorism and de-extremism, and the improvement of the people's sense of happiness, whether from the perspective of the population growth of ethnic minorities, the continuous fine-tune of the medical and health system, or the length of time to keep no terrorist violence," he said.

"There can be no development or happiness without security and stability. Egypt, as a country that has also struggled with terror and extremism, knows all too well. The so-called 'genocide' in Xinjiang is a joke. It is clear who is ignoring the truth in Xinjiang," he added.

Irfan Shahzad Takalvi, president of the Eurasian Century Institute, said that Xinjiang has witnessed fast-paced economic growth, infrastructure development and importantly harmonious, all-encompassing, broad-based progress over this period, and the fruits of this progress are shared equitably by all the people belonging to all ethnic and religious groups in Xinjiang.

It is heartening to note that preservation and development of cultural heritage of all the ethnic groups have been an important pillar of the Chinese government's policy regarding Xinjiang, Takalvi said, adding that religious freedom and independence are also protected by Chinese authorities, in a noteworthy manner.

"It is a confirmation of what is certain. We will not listen to Western propaganda that claims that China persecutes the Uygurs and other minorities. The White Book is a positive step for China," he said.