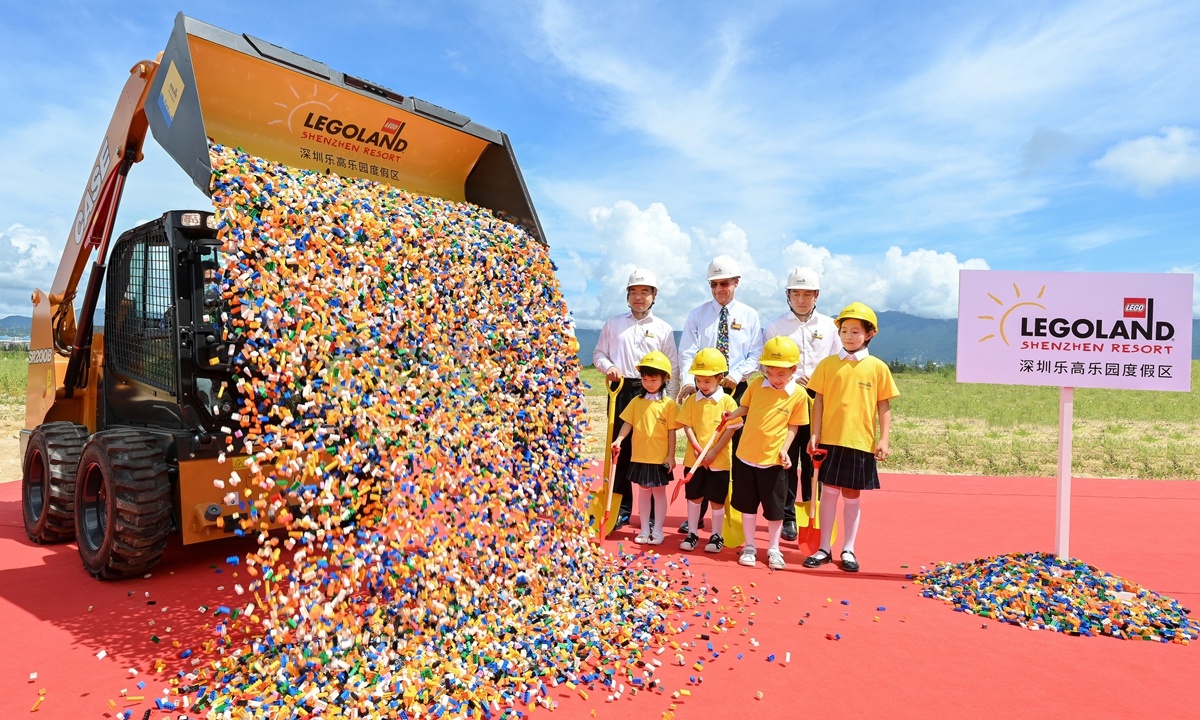 Merlin Entertainments on Thursday announced plans to build the world's largest LEGOLAND Resort in South China's Shenzhen. The facility will join the Shanghai Disney resort and the Universal Studios theme park in Beijing, in competing for Chinese consumers' leisure spending.

Ramped-up investment by multinational entertainment corporations shows their confidence in the Chinese market, which has witnessed the fastest recovery from the COVID-19 pandemic, which has battered tourism industry hard, experts said.

The planned LEGOLAND Resort in Shenzhen will cover about 580,000 square meters with projected investment of over $1.08 billion. The park is due to open in 2024, according to Merlin.

Siegfried Boerst, general manager of LEGOLAND Shenzhen Resort, estimated that the park will attract 2.5 million visitors in the first year of operation.

"We believe that the large population base of Shenzhen, including people from the Greater Bay Area, will help meet our expectations in terms of visitor arrivals and achieve our expected profit target," he said.

China has been one the fastest-growing attractions markets in the world, thanks to an expanding middle class, large population and an early emergence from the pandemic, experts said.

"There is large demand from Chinese consumers given China's rising consumption power, population base and robust economic recovery from the pandemic, which makes foreign vendors ramp up their investment in China," Xu Xiaolei, marketing manager at China's CYTS Tours Holding Co, told the Global Times on Thursday.

China's theme park industry expanded in 2020 despite construction interruptions, social distancing restrictions, and the financial challenges associated with the COVID-19 pandemic, according to research by multinational infrastructure firm AECOM.

According to the "2021 China Theme Park Pipeline Update" published by AECOM, the number of theme parks in China has increased to 156 at present from 128 two years ago.

The upcoming Universal Studios facility in Beijing is predicted to see 15 million visits in the first year of operations and double that when the second phase opens, according to Shanxi Securities.

In contrast, those operating overseas have reached a bottleneck in development, with many suffering from aging equipment, declining local populations and sluggish consumption, Xu said. 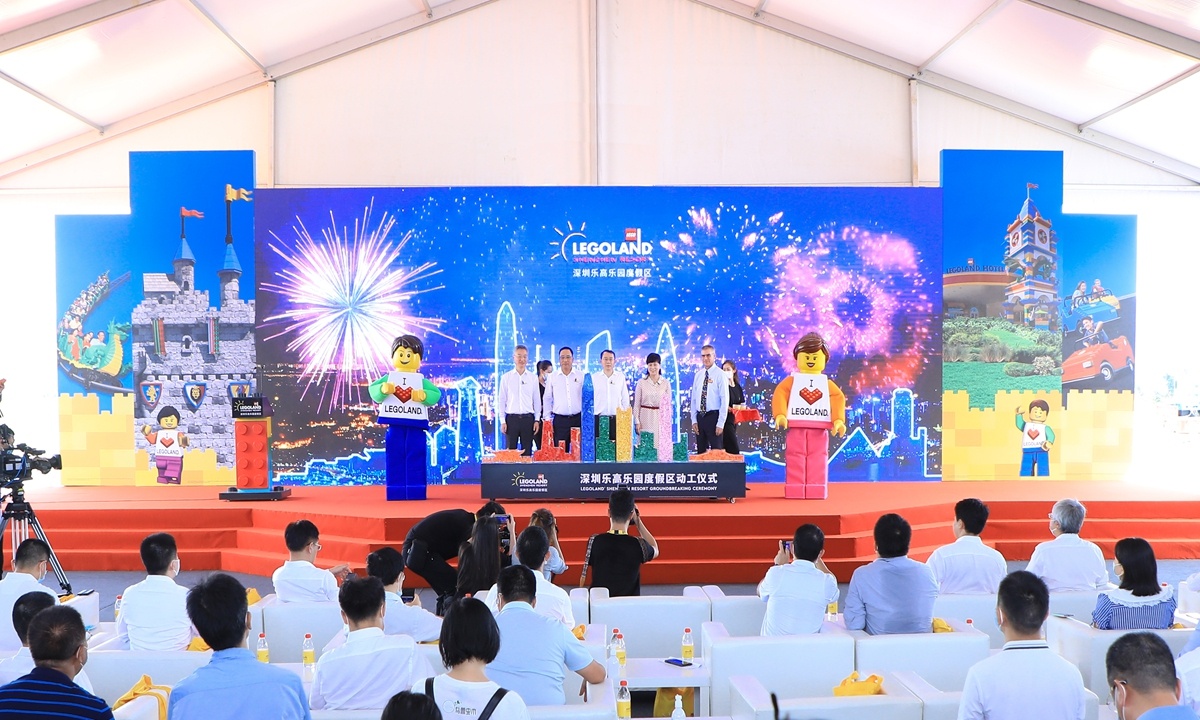 For foreign vendors, a major challenge is to combine their intellectual property advantages and management experience with the local market and meet the needs of Chinese tourists, he said.

"There will also be competition from domestic theme parks. However, the Chinese market is big enough for both," he said.

According to Merlin, the LEGOLAND Resort in Shenzhen will feature innovative designs, new themed areas, rides and immersive shows launched for the China market, as well as a live show exclusively for Chinese families.

"This LEGOLAND resort in Shenzhen is just the beginning of our strategy to bring more resources to the Chinese market. As China has launched the three-child policy, we believe the market is very promising in the future," Boerst added.