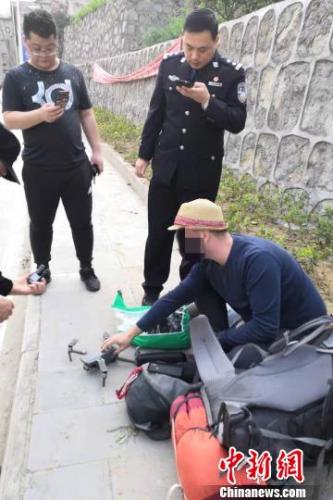 An Austrian man was detained for illegally flying a drone to film the Three Gorges Dam in Central China's Hubei province and warned by police on Tuesday, Chinanews.com reported.

The tourist operated the drone to film the dam after arriving at a viewing platform at the dam's site by bus at around 3 pm, the police said in a statement on Tuesday evening. He managed to record eight videos, with a total length of 20 minutes, said the police.

Local police officers noticed his act and brought him to police station for investigation. They gave the tourist a warning and deleted all the photos and videos of the dam shot by the drone in accordance with regulations on the hydropower project's security.