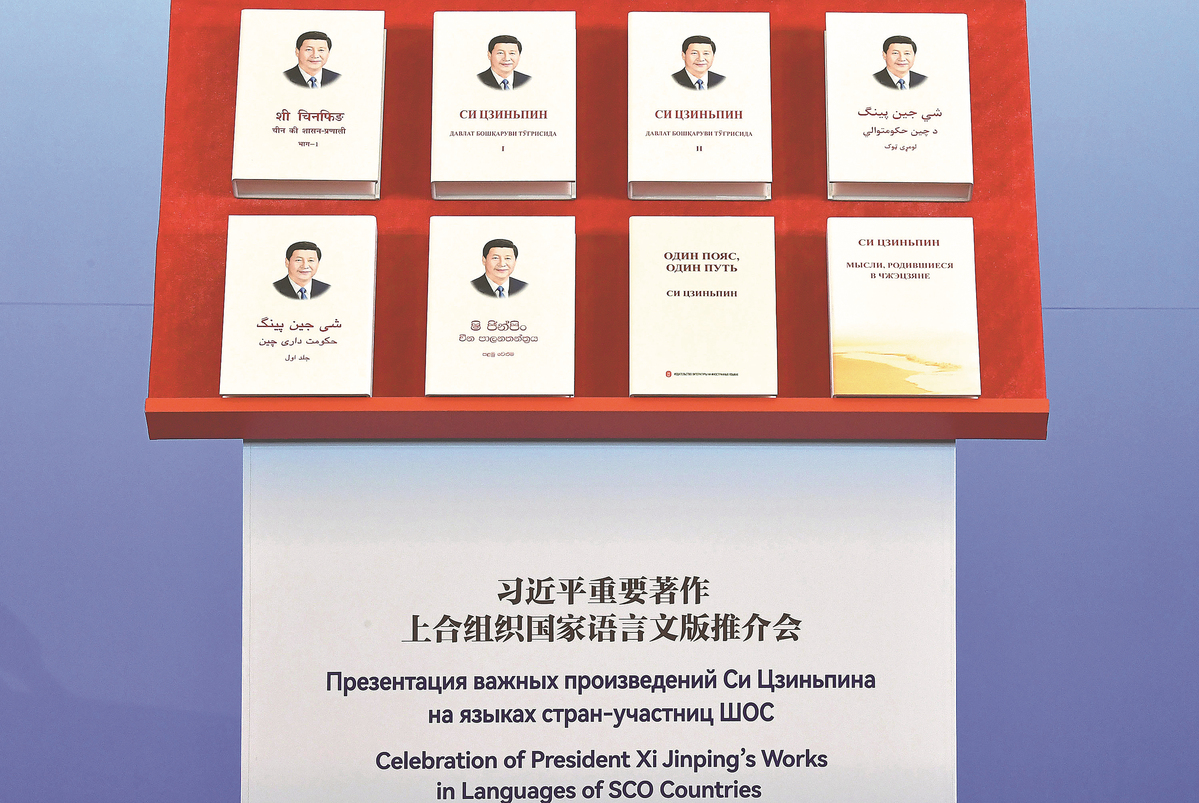 President Xi Jinping's works are published in a variety of languages. (Photo: Xinhua)

Elena Kazanina, who comes from Russia, was excited and nervous when assigned the task of translating China's Government Work Report this year.

Although it was the first time she had taken part in translating the report, she said, "Fortunately, my colleagues and I got the job done very smoothly."

Kazanina is one of the experts working at the Institute of Party History and Literature of the Communist Party of China Central Committee.

These experts are responsible for translating major Party and government documents into languages such as English, Russian, French, Spanish, Japanese, German and Arabic.

The institute translates the Chinese premier's Government Work Report, which reviews the past year and sets major tasks for the current year, ahead of the two sessions, the annual meetings of the nation's top legislature and leading political advisory body.

Kazanina said, "The way in which the Chinese government committed itself to lifting people out of poverty and promoting common prosperity left a deep impression on me."

The 46-year-old learned about Chinese culture for the first time when she read the Russian version of the classic work I Ching, or Book of Changes, in 1988, when she was 12.

"I was touched by the wisdom of ancient Chinese philosophy," Kazanina said. After entering college, her interest in Chinese culture and the Chinese language continued to grow, and in 2001, she moved to the country.

During her time in China, Kazanina has seen the nation's highspeed trains running at faster speeds, the economy growing rapidly, the air becoming clearer, workers earning more, and farmers harvesting more grain, among other improvements.

"When I was translating the Government Work Report, I realized the reason behind this progress is because the Chinese government and the CPC are adhering to the idea of going forward step by step," she said.

Translating Party documents dates to 1927, when one of Mao Zedong's best-known and most influential essays, the Report on an Investigation of the Peasant Movement in Hunan, was translated into Russian and English for publication in Communist International publications.

In 1961, a special agency responsible for translating Mao's works, the first of its kind, was established by the Central Compilation and Translation Bureau.

In 2018, in accordance with the plan to deepen reform of Party and State institutions, the bureau was merged with the Institute of Party History and Literature of the CPC Central Committee.

Liu Liang, a senior translator at the institute, said, "Since the 18th CPC National Congress in 2012, and particularly after 2018, the translation of important Party and government documents entered a period of rapid development featuring a wider scope of texts and diversified forms of translation."

In addition to the writings and works of President Xi Jinping and other leaders, the institute is responsible for translating documents for important Party and national events, such as the CPC national congresses and the two sessions, as well as material relating to the Party's history, rules and regulations, Liu said.