A group of foreigners joined hands with local volunteers in Guangzhou, the capital of South China's Guangdong province, to promote COVID-19 prevention and control in local communities on Monday. 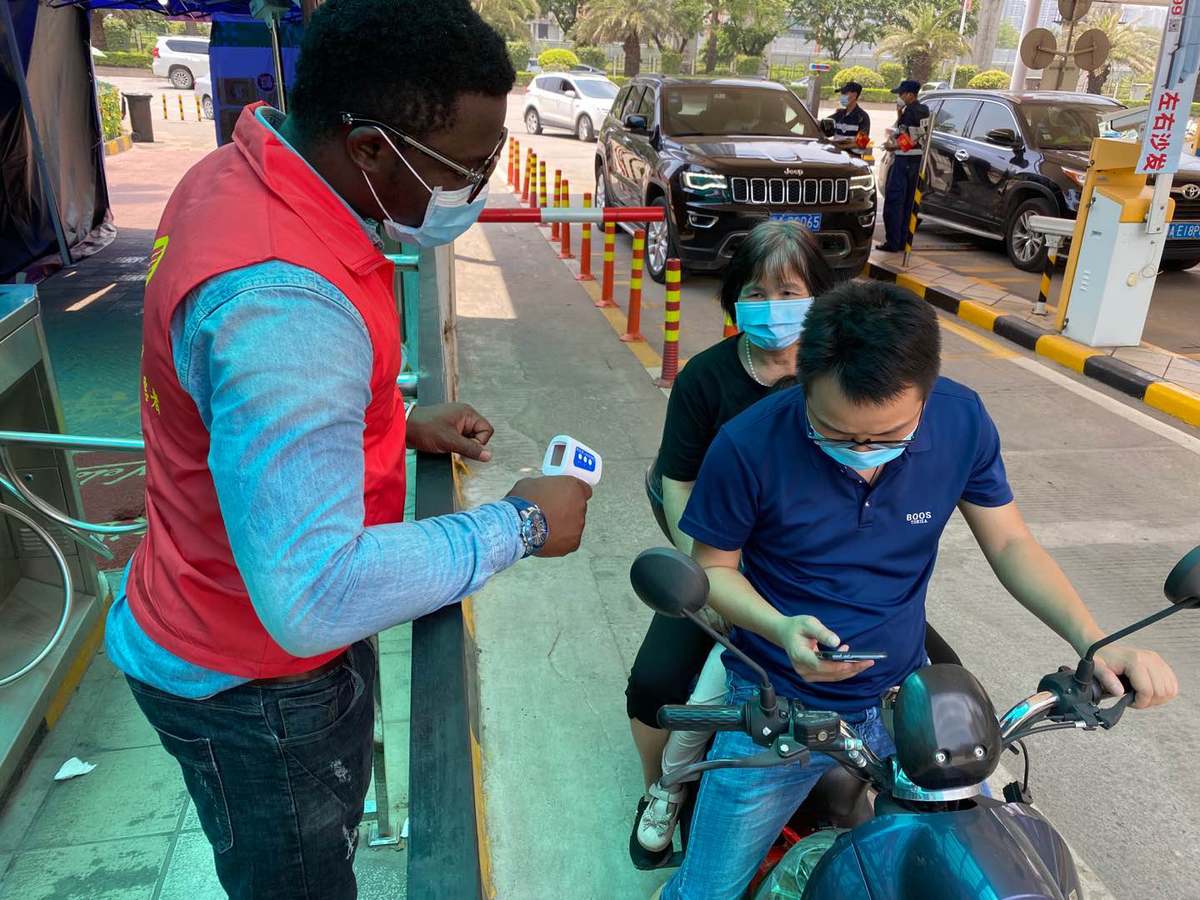 Ceraldo Ecknam Chaib, a volunteer from Togo, takes the body temperture of a rider on May 4, 2020, in Guangzhou, the capital of Guangdong province. (Photo provided to China Daily)

"I applied to become a volunteer a few days ago," said Sheriff Ceesay, from Gambia, who is a student at Guangdong University of Foreign Studies.

His job is to raise disease intervention awareness, mainly by distributing brochures to passersby at foreign service centers and commercial areas in Zengcheng district of Guangzhou.

"As a foreigner living in the city, I was given care and services by local communities during the epidemic. And now I should do something helpful for others in the city," Sheriff said.

Wearing a red waistcoat, Ceraldo Ecknam Chaib, from Togo, was explaining how to prevent and control COVID-19 among foreigners on Monday, which marked the annual Youth Day.

"It is better to have more people, including those from abroad, to better learn how to prevent and control the disease," he said.

"They (foreign volunteers) have become part of the important forces in prevention and control of the disease." Gao said.