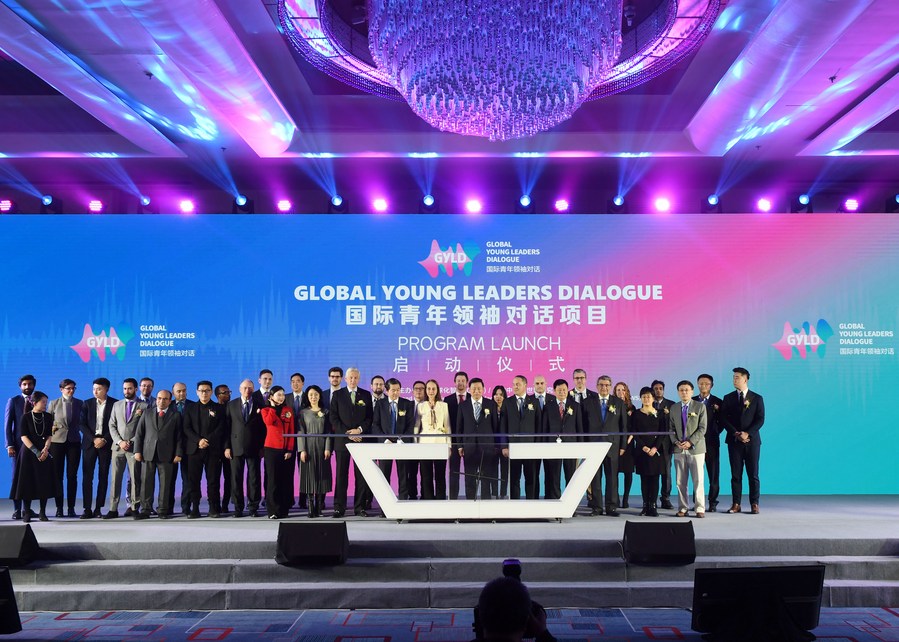 The launch ceremony of the Global Young Leaders Dialogue program is held during the International Forum on Sharing Poverty Reduction Experience in Beijing, capital of China, December 15, 2020. (Photo: Xinhua)

BEIJING, Aug. 13 (Xinhua) -- Foreign young people in China, motivated by Chinese President Xi Jinping's reply letter to representatives of foreign participants at Global Young Leaders Dialogue, have pledged to further contribute to promoting exchanges and dialogues between China and the rest of the world.

In the letter, Xi, also general secretary of the Communist Party of China (CPC) Central Committee, hailed the active efforts made by foreign young people to deepen their understanding of China through visiting various parts of the country. He encouraged them to further promote exchanges and mutual learning and contribute to the building of a community with a shared future for humanity.

Joshua Dominick, founder and organizer of Krankin' thru of China, said after reading the letter, he gained a better understanding of the path taken by China.

China pursues development in accordance with its national conditions and adheres to its own path, said Dominick, a professional translator who has lived in China for over twenty years.

"The happy lives that the Chinese people enjoy today have been created through their diligence and wisdom," said Abdilahi Ismail Abdilahi, a teacher at Beijing Foreign Studies University, who visited Shaanxi Province to learn about China's ancient history and the history of the CPC.

The president's reply exudes honor for overseas youths, and it will guide us to make more meaningful contributions, said Erik Nilsson, an American working in China.

In the eyes of many foreign young people, China has offered enormous possibilities for them to pursue their dreams.

Ruslan Tulenov, a global media officer at Hainan Provincial Bureau of International Economic Development, said that it was China that made his dream come true, offering him a bigger stage to fulfill his aspirations.

The 29-year-old Kazakh said his career benefited from China's thriving economy and its inclusive society.

Jonathan Lopez, a dual citizen of Colombia and Canada, holds the same view. "I want to tell young people across the world that there are plenty of opportunities for you in China," he said.

The exchange and dialogue between China and the rest of the world are the key means to build mutual understanding, said Alistair Michie, secretary general of the British East Asia Council.

Elsbeth van Paridon, a young Dutch sinologist, called on the young people from different countries and fields to inspire one another and make joint progress through more dialogues.

A seminar, attended by youth delegates, scholars and officials from international organizations, was held in China Thursday to explore how to pool the strength of young people for the building of a community with a shared future for humanity.

It will be a community that is prosperous, peaceful, more benevolent and more compassionate, he said.