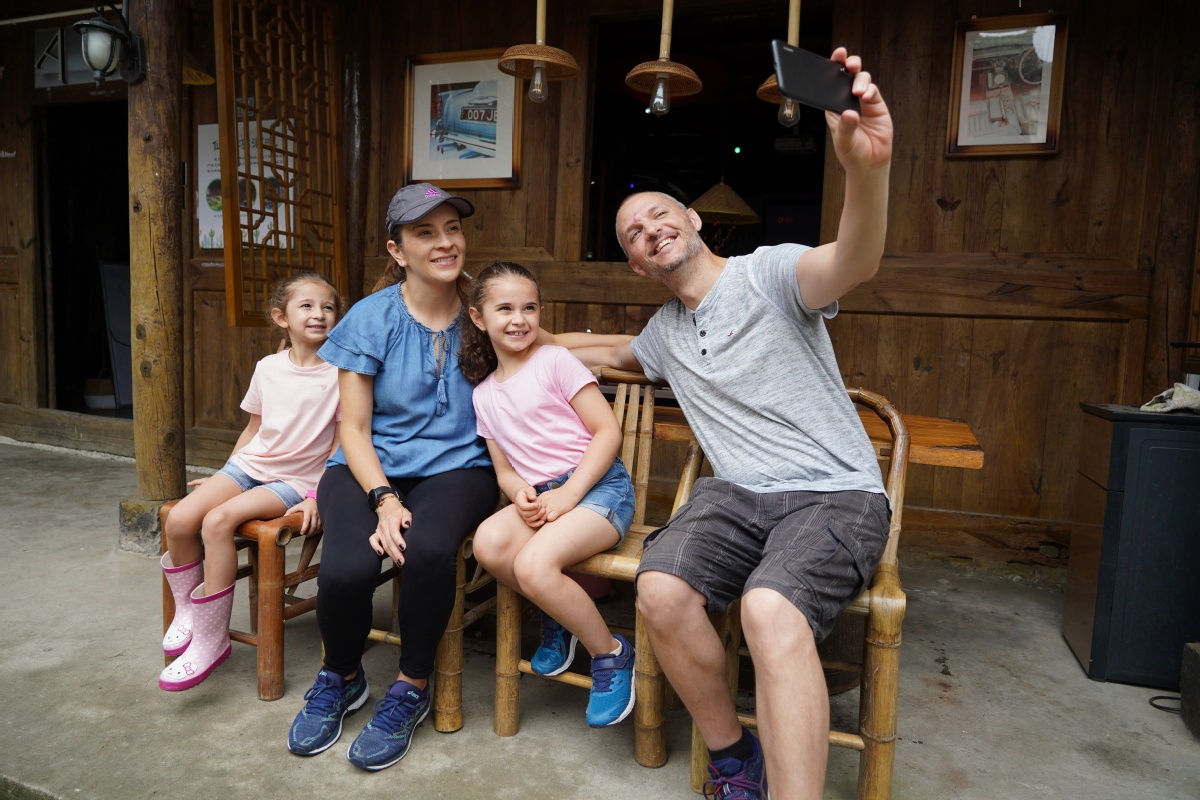 A family poses for a group photo during their visit to Gejia village in Ninghai county, East China's Zhejiang province. (Photo: China Daily)

Gejia village in Ninghai county of Ningbo, East China's Zhejiang province, has taken on a completely new look after an art design campaign initiated last April by Cong Zhiqiang, an associate art professor at Renmin University of China in Beijing.

"Gejia village is one of the most typical Chinese villages I've seen, but it is also unique, as the villagers love their hometown and have learned how to dress it up," said Xue Taluo, who uses a Chinese name but is from Ukraine.

Xue made the remarks after a tour of the village on Sunday with other foreign guests from a number of countries, including Russia, the United States, Canada, Australia, France, Uzbekistan and Colombia. The group explored how the village is seeking rural revitalization via art.

Local villagers were encouraged to renovate their surroundings using art. Almost all decor in the village was made by the residents themselves, including flower pots, benches, lamps and pavilions. Now, the village has emerged as a popular rural tourism destination.

The visiting guests were enchanted by local traditional arts and culture, such as bamboo weaving, cloth art and wine making, with some even giving the art forms a try themselves under villagers’ guidance.

The group has instilled a sense of cultural creativity among the local villagers, empowering them to get involved in the changes in their surroundings.

Jiang Hongsheng, founder of the Ningbo Red Peony Calligraphy and Painting International Exchange Association and the organizer of the tour, expressed hope that the event will help promote the way Gejia village achieves rural revitalization to people across the world.