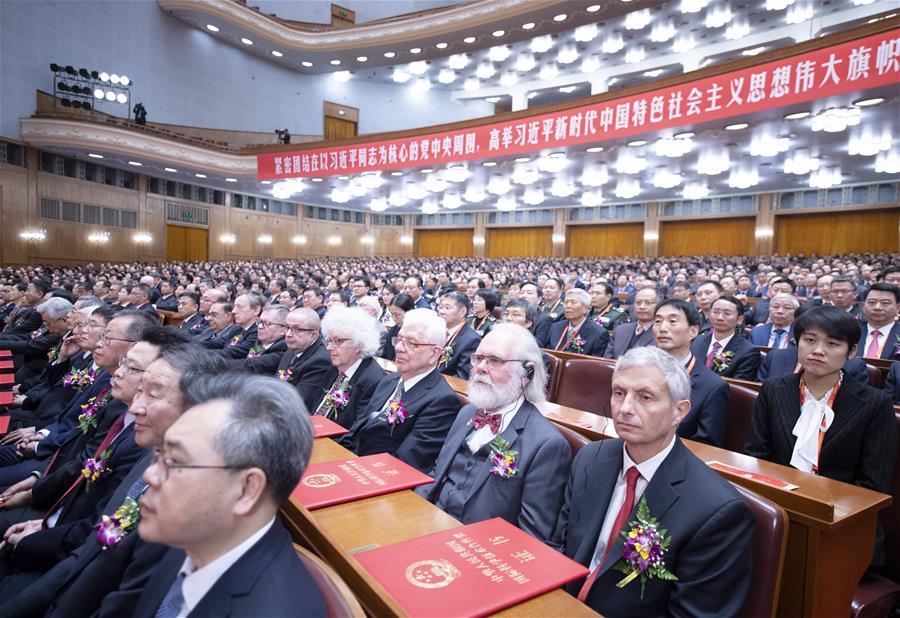 Both the number of recipients and their countries of origin are a record high. This award recognizes the key roles foreign scientists have played in China's scientific development, as well as China's growing effort to diversify its scientific partners in recent years, according to the National Office for the Science and Technology Awards.

"I feel very much honored to be given the award, which represents profound recognition of the collaborative work I've been involved in with Chinese scientists over the last 25 years," said Nils Stenseth, a noted Norwegian evolutionary biologist and a professor at the University of Oslo in Norway.

Last year, China and Norway celebrated the 65th anniversary of the establishment of diplomatic ties, and this relationship has facilitated recent government-level scientific cooperation between the two countries, he said.

In 2015, the Research Council of Norway launched a new funding program to support its international scientific projects and partnerships, which involved Chinese partner institutions, he said. Some notable examples include the study of ecology and the evolution of plague, the social impact of climate change and photovoltaics for sustainable development.

"This partnership is of the utmost importance for the higher education and research sector in Norway," he said, adding that China and Norway are powerhouses in research and education in fields such as marine science and the environment. "We thus have much to learn from each other."

"Close China-Norway cooperation is important in order to further strengthen world-leading research groups, and for some fields help develop knowledge platforms to address the many global challenges facing us today," he said. "China's contribution is essential to solve the global challenges in areas such as poverty reduction, climate, health, energy and environment."

Through these dialogues and cooperation, Stenseth said he has learned much about China just as Chinese scientists have learned much about the academic traditions and cultures of other countries. "Such collegial interactions and dialogues do for sure contribute to a better and more harmonious world," he added.

"As a civil engineer, I have always been fascinated by China's unique activities in the design of key infrastructure, such as long-span bridges and tunnels in geologically demanding and seismically challenging areas," he said. "These types of structures have also played an important role in Austrian civil engineering, and their safe and economic design requires great scientific effort."

Through decades of collaboration between China and Austria in civil engineering, Mang said, one of the main benefits is that both countries have fostered a group of well-trained, promising young engineers for academia and industry.

"I'm optimistic that the mutual scientific esteem of Chinese and Austrian researchers will result in the further intensification of joint research activities for the benefit of the two countries and beyond," he said.