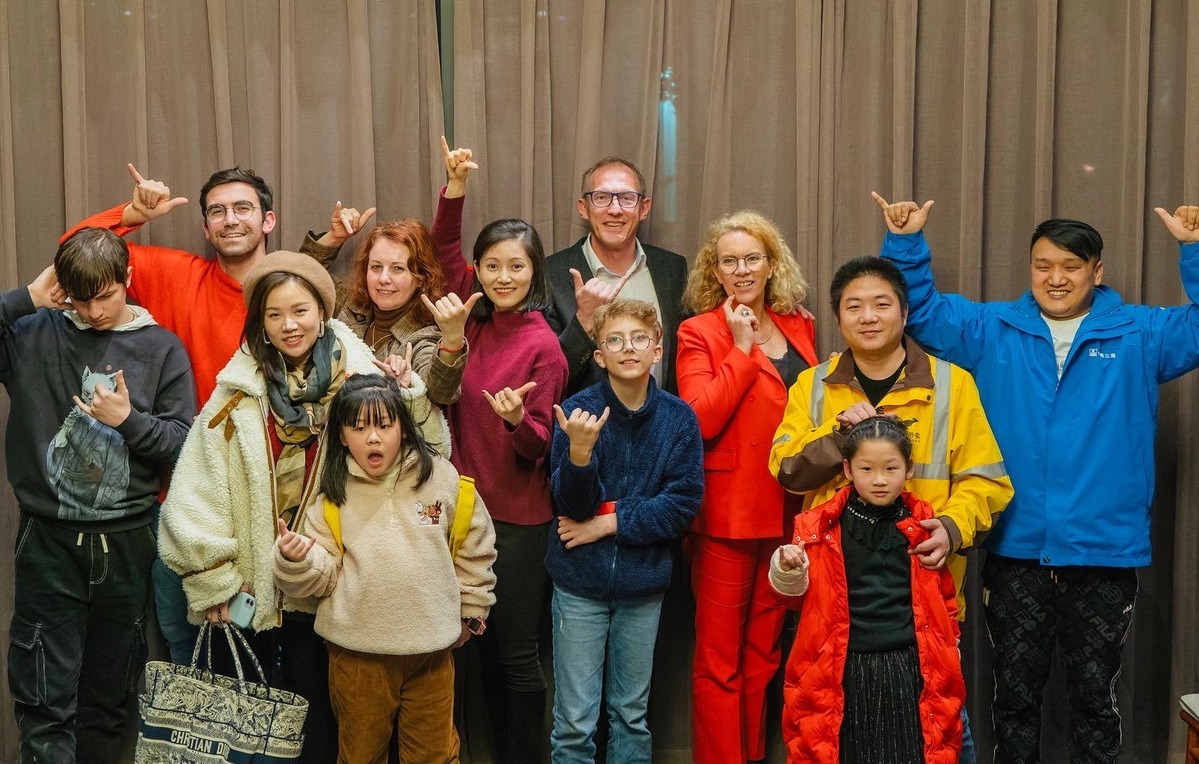 Expatriates and local residents celebrate Spring Festival in Wuhan, capital of Hubei province. The city has recovered well after being hit hard by COVID-19 at the start of last year. (Photo: Xinhua)

Spring Festival a good opportunity to reflect on challenging year

French doctor Philippe Klein has worked in Wuhan, the capital of Hubei province, for seven years, but he has just celebrated Spring Festival in the city for the first time.

He used to feel that he had little connection with local people, but things have changed over the past year.

"Maybe because of the pandemic, I now feel closer to the people in Wuhan," he said.

During a reunion dinner in the city with his family, Klein proposed a Lunar New Year's toast. Their guests were Sara Platto, an Italian associate professor of animal behavior and welfare at Jianghan University, her son Matteo, Israeli blogger and entrepreneur Raz Galor and other friends. Earlier, as they made preparations to mark the start of the Year of the Ox, they had the chance to experience the reignited spark of a city hit hard by COVID-19 at the start of last year.

In search of new clothes for Spring Festival, Platto and her son strolled along Hanjie Street, which was adorned with red banners and lanterns.

Meanwhile, Klein drove to a supermarket near his home to pick up some wine. He was accompanied by Wuhan resident Zhong Weiwei, a construction worker who helped build the city's Leishenshan makeshift hospital.

At the supermarket, festive songs were playing, discounted goods were on display and many colorful decorations dangled from the ceilings. After their health codes and temperatures were checked, Klein and Zhong lined up to buy the wine and baijiu. 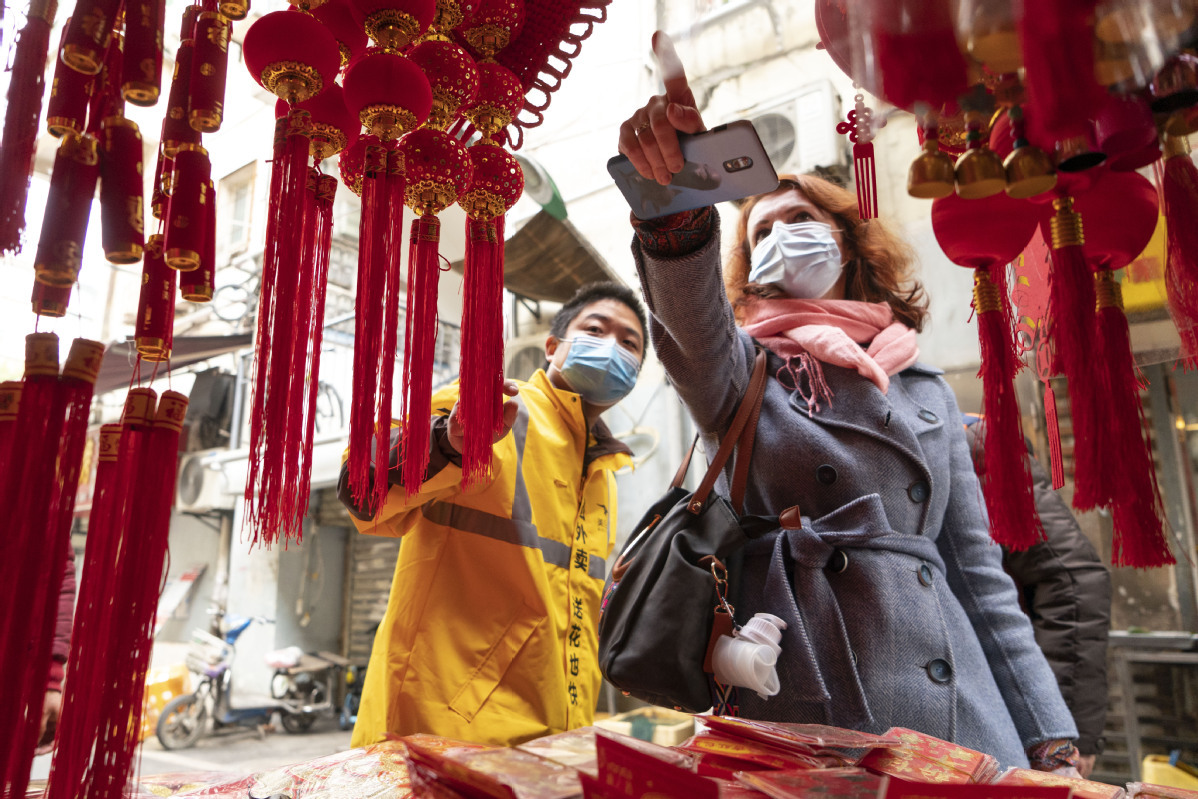 Amid this busy scene, the two friends paused to remember just how hard Spring Festival had been last year, when a lockdown was enforced in the city as it battled to curb transmission of the novel coronavirus.

The 57-year-old Frenchman refused to leave Wuhan despite the uncertainty and fear he faced, along with the anguish of being separated from his family, who flew back to France. "I am a doctor. It's my duty to help people here," he said.

At the height of the outbreak in Wuhan, Klein was granted a permit that enabled him to move freely around the city to treat patients at home. "It was unforgettable. I remember there being nobody else on the roads but our ambulance," he said.

Zhong also remained in the city last year and did not go home for a family reunion.

Instead, he decided to join the workforce responsible for building the makeshift Leishenshan and Huoshenshan hospitals to treat COVID-19 patients.

"On Lunar New Year's Eve last year, all I did was slurp a bowl of instant noodles and hurry back to work," Zhong said, adding that for several weeks, he only slept for three hours or less a day.

"The feeling that our country was in danger, and the mutual goal and determination everyone had to build the hospitals, fueled and encouraged me," he said.

More than 40,000 construction workers, including Zhong, completed the hospitals in just two weeks, providing some 2,500 beds for COVID-19 patients in critical or severe condition.

Klein said: "Zhong is a real hero. It was really important to build such hospitals in the pandemic, and they did it very quickly. I think the rest of the world will never forget this."

Thanks to the introduction of a series of swift and effective measures, no new locally transmitted COVID-19 cases have been reported in Wuhan since May 18.

City residents' homes are once again filled with the sound of mahjong tiles being shuffled, laughter and the tantalizing aromas of home-cooked dishes and local delicacies.