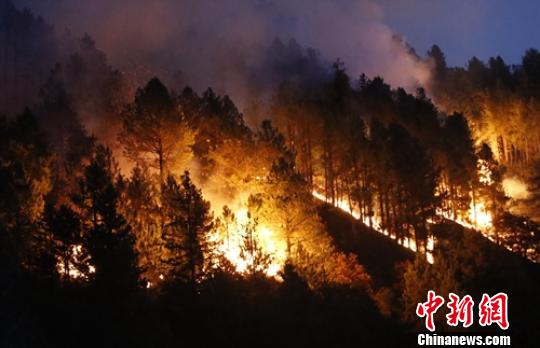 A major fire spreading across more than 100 hectares of forest in southwest China's Sichuan Province has been extinguished, local authorities said Wednesday.

The fire broke out on Feb. 16 in a village in Yajiang County due to some human activities, according to the local government. No casualties were caused. Over 1,700 soldiers, firefighters, government officials and local residents participated in the fire fighting. The fire was put out at 5:30 p.m. Wednesday. Local government said "notable effect" has been seen in fighting another fire that broke out on Feb. 19 also in Yajiang and spread over 100 hectares. The cause of the fire is under investigation.