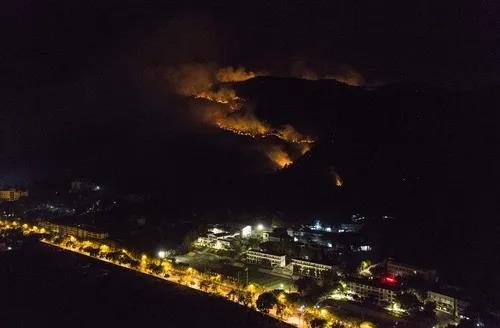 The victims include 18 firefighters and a local forest farm worker who led the way for the firefighters. They were trapped in fire due to a sudden change in wind direction at around 2 a.m. on Tuesday.

At 1:30 a.m., 22 people were reported missing. At around 7 a.m., three were found and sent to hospital. They are now in stable condition. The 19 victims were later found.

The fire started on a local farm at 3:51 p.m. Monday and quickly spread to nearby mountains due to strong winds, according to the information office of the city of Xichang.

As of midnight on Monday, the burned area had exceeded 1,000 hectares and around 80 hectares of forest were destroyed.

So far, a total of 2,044 people have been dispatched to put out the fire and over 1,200 local residents nearby evacuated.