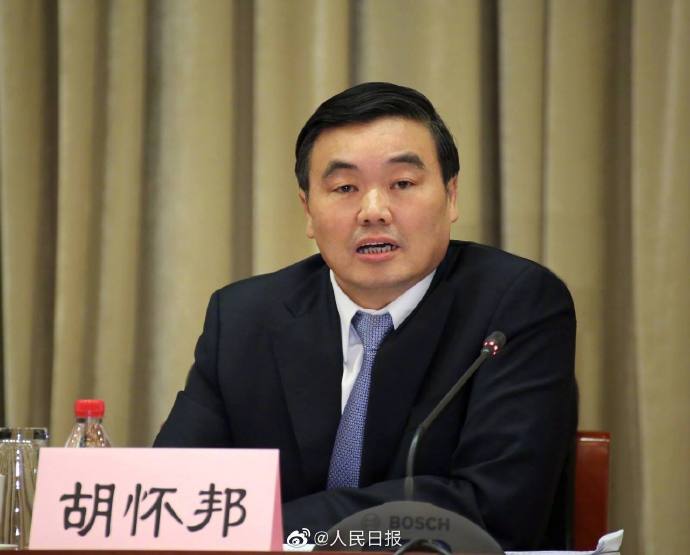 BEIJING, Jan. 11 (Xinhua) -- Hu Huaibang, ex-chairman of the China Development Bank (CDB), has been expelled from the Communist Party of China (CPC) over serious violations of Party discipline and laws, the top anti-graft body announced Saturday.

Hu, also former secretary of the CDB committee of the CPC, lost his ideals and convictions, and covertly refused to implement the Party's major decisions and plans in practice while appearing to be obedient, according to a statement issued by the CPC Central Commission for Discipline Inspection and the National Supervisory Commission.

An investigation found that Hu violated the eight-point code on Party and government conduct, sought profits for others in personnel promotion by taking advantage of his posts, wantonly traded power for money, and connived with his relatives, allowing them to use his influence to seek personal gains, the statement said.

Hu severely violated the Party's disciplinary standards on politics, organization, clean governance and life, and is suspected of taking bribes, said the statement, adding that he showed no signs of restraint even after the 18th CPC National Congress.

Hu's qualification for delegate to the 19th CPC National Congress was terminated, and his illicit gains would be confiscated.

His suspected crimes will be transferred to the procuratorate for further investigation and prosecution, said the statement.