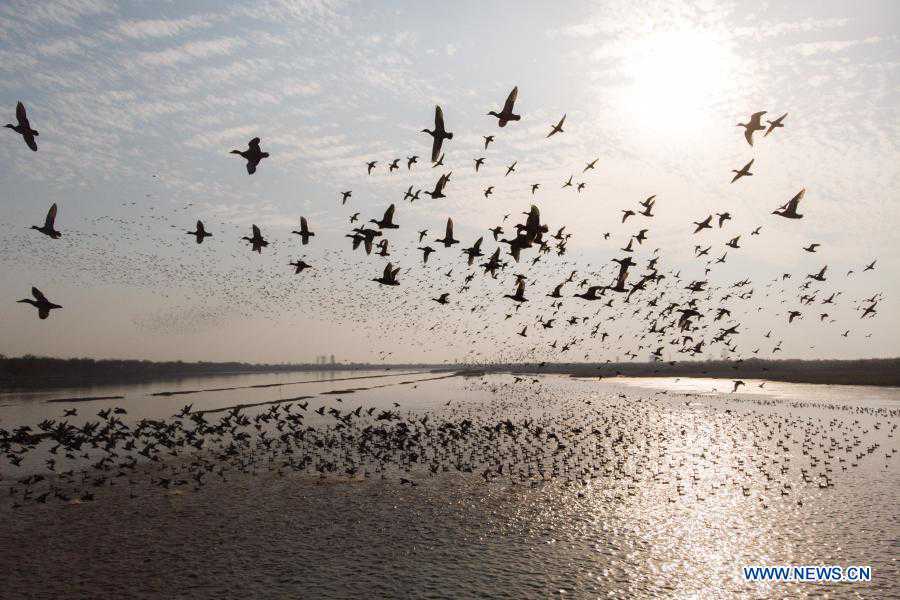 Its ecology was seriously damaged in the old days due to illegal sand digging, overfishing, reclaiming land from lake and sewage discharge.

However, thanks to comprehensive and systematic management by the local government, the lake’s ecological condition has improved. People in this area not only benefit from this but also cherish and protect the local ecology.

From a fisherman to a volunteer

With reeds swaying in the wind, a flock of migratory birds are dancing in the air.

Liu Kehuan, a 56-year-old villager in a local community and also the leader of a volunteer team protecting the Dongting Lake, is cleaning up the waste on the beach with more than 20 volunteers.

“Check again carefully, and clean up the remaining fishing nets and plastic bags to ensure the safety of migratory birds,” Liu told the other team members. Liu is famous for guarding birds, but before that he was well-known for his ability to fish and catch birds.

Although Liu’s family fished for generations, he found that there were fewer fish in the lake. Fishermen used many tricks in order to catch more fish. Some used small mesh nets, which was terribly destructive to the ecosystem.

Seven or eight years ago, Liu took the initiative to dismantle the fence and nets in the lake, and contracted more than seven hectares of ponds to breed fish in an ecologically-friendly way.

In 2015, the West Dongting Lake Wetland Environmental Protection Association was established under the guidance of the reserve, and Liu was elected chairman. He bought a boat and a pickup truck at his own expense, and led volunteers to pick up garbage, stop illegal fishing, and discourage bird poaching. Driven by Liu, more than 400 people have joined the volunteer team, and 70 percent of them used to be fishermen. 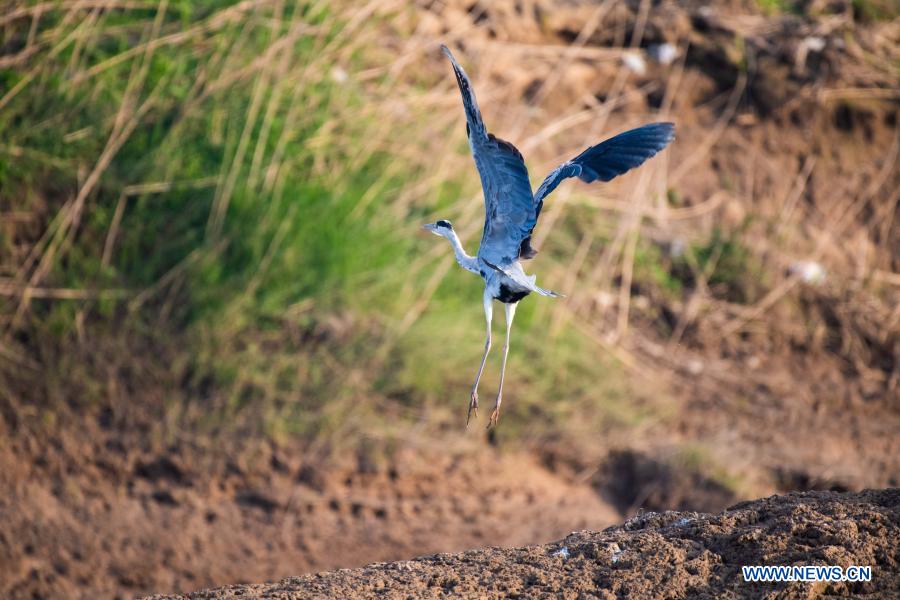 From cutting reeds to guarding fish

Before 9 o’clock in the morning, Zeng Qingwu and his colleagues boarded a boat. They arrived at the monitoring station in the reserve 20 minutes later and started a day of patrols.

Zeng, 46, harvested reeds in Dongting Lake for more than 20 years. As environmental protection requirements gradually increased, the paper-making industry around the lake disappeared and the reeds lost their market as well. The last time Zeng cut reeds was in the winter of 2017.

At the beginning of this year, the reserve recruited 40 coordinators. Zeng became one of them, assisting wetland patrol and protection. He and another five coordinators together monitor more than 4,600 hectares of surface water, rescue injured birds and stop illegal activities. “Every time I meet people who are fishing I tell them that if they do not fish now our children and grandchildren will have a better environment.”

Sixty-year-old Xiao Chuanjiu used to be a fisherman, but now he is in a workshop assembling a mixer truck.

Last summer was the last time Xiao fished. From the village loudspeaker in Early September last year, he heard the news of a ten-year-ban on fishing. After handing over his boat and nets, Xiao could receive a pension provided by the government, but he did not plan to retire.

Free training courses for fishermen were offered in the Hanshou county, and Xiao was the first one to sign up. At a job fair for people withdrawing from fishing, Xiao was recruited by the employer which he now works for.

There are more than 1,300 fishermen in Hanshou. The county has organized special skill training courses for fishermen who are willing to find jobs, and held four job fairs for them. More than 800 fishermen have been employed and 23 have started their own businesses. For some elderly unskilled fishermen, the county also set up 300 public welfare posts.

Xiao is quite satisfied with a minimum salary of 2,600 yuan ($400) per month, and said, “The factory provides food and accommodation for us. I want to stay here and work as long as the factory needs me and I am in good health.”

“To build a moderately prosperous society in an all-round way, none of the fishermen can be left behind. Various measures have been taken to ensure that at least one person from each family of former fishermen in the county is employed,” a county official said.