Xie Feng, former commissioner of the Ministry of Foreign Affairs in the Hong Kong Special Administrative Region, has been appointed as vice minister of foreign affairs, the Global Times learned from the website of the Chinese Foreign Ministry on Friday. 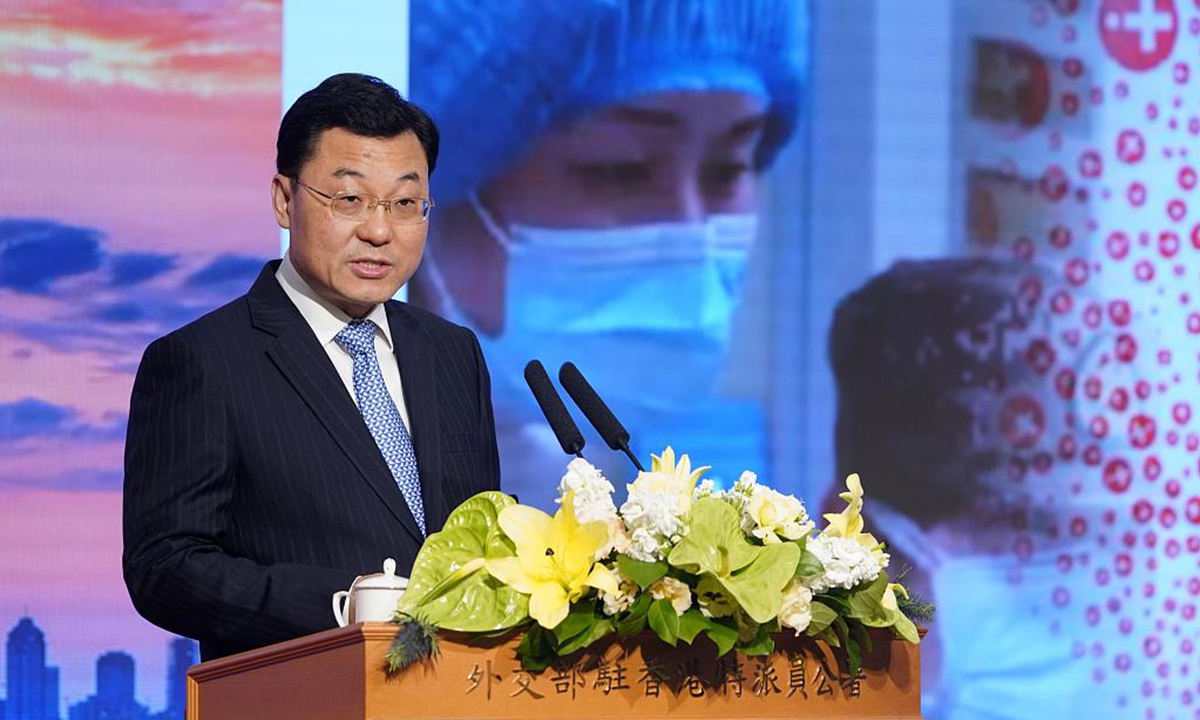 Xie is mainly responsible for policy planning, North America and Oceania, Latin America and the Caribbean, as well as translation and interpretation.

Born in East China's Jiangsu Province in April 1964, Xie has served as the commissioner of the Ministry of Foreign Affairs in Hong Kong since 2017.

Zheng Zeguang is no longer working as vice minister of foreign affairs, according to Hong Kong media reports.

Meanwhile, former Chinese Ambassador to the UK Liu Xiaoming left the UK on January 31 after completing his duty as ambassador for 11 years, making him the longest-serving Chinese ambassador of all time. Liu tweeted on February 15 that he has finished quarantine in Shanghai.

The Chinese government has not announced who will be the successor of Liu.