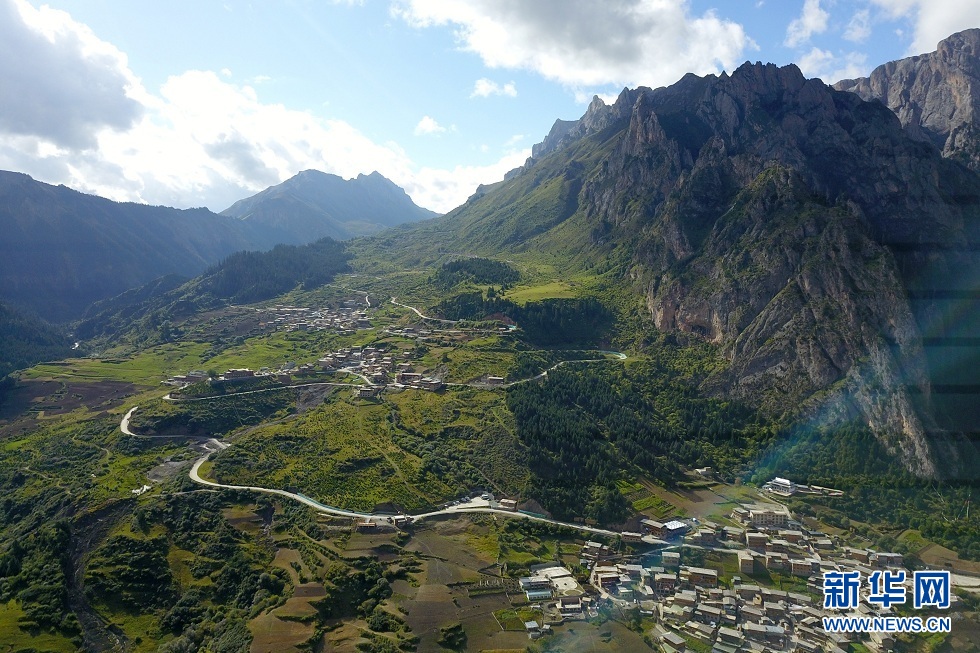 LANZHOU, Dec. 14 (Xinhua) -- As a former Tibetan hunter, Tsering Tashi never thought the prey he once hunted in the mountains would one day stroll into his village and play a vital role in boosting tourism.

Over the past decades, 56-year-old Tsering Tashi and other hunters in Zhagana Village, located in the deep mountains of northwest China's Gansu Province, have sought prey to make a living.

"Hunting for a living was no easy job, but back then, we had to survive," recalled Tsering Tashi, who learned to hunt from his father when he was a child. "Have respect for nature. Never hunt female or wounded animals. These are our rules."

However, due to years of hunting, wild animals in Zhagana were scared off and became alert to humans, and the life for hunters became tougher -- it often took four to five days for an experienced hunter to make a kill.

As China improves laws and regulations on wildlife protection, 20 hunters, including Tsering Tashi, in Zhagana handed in their guns in the 1990s and started working on farmland and grassland.

In 2013, Tsering Tashi was elected the deputy director of the village. This time, he aimed his sights at his new prey -- poverty.

With rich Tibetan cultural and natural resources, villagers decided to turn their eyes to tourism.

With government support, roads were built linking the village to the outside world, and two- and three-story Tibetan-style houses were built, attracting tourists to the village to enjoy stunning mountain and forest sceneries and experience unique Tibetan customs and foods.

In 2018, Diebu County, which administers the village of Zhagana, realized the goal of poverty alleviation.

"Fighting against poverty is like hunting, as both need targets, patience and stamina," Tsering Tashi said.

As the ecological environment improves, the number of wildlife species continues to increase and wild animals such as argali and sika deer have returned to the village.

"Life has changed a lot, but my hunting for a better life is not over," said Tsering Tashi. Enditem