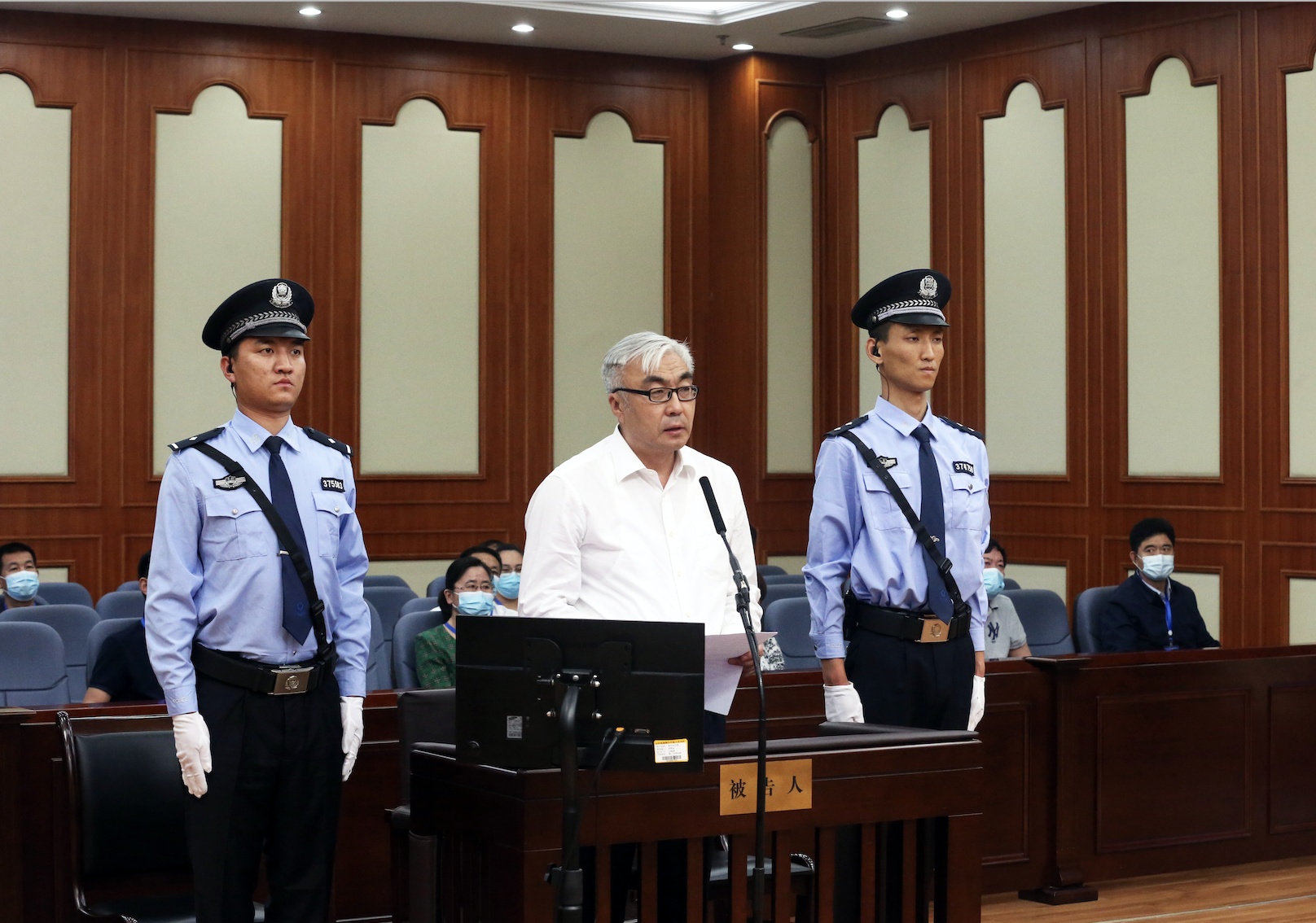 Ma stands accused of taking advantage of various positions from 2000 to 2019 to seek benefits for others regarding business operations, job promotions, case handling, and loan granting.

Ma accepted 157.85 million yuan (about 24.65 million U.S. dollars) worth of money and valuables, the prosecutors said.

During the court trial, prosecutors presented evidence, and the defendant and his lawyers cross-examined the evidence. Both sides gave their respective full accounts.

Ma pleaded guilty and expressed remorse in his final statement.

The trial was attended by legislators, political advisors, the press, and members of the public.

The sentence will be announced at a later date.