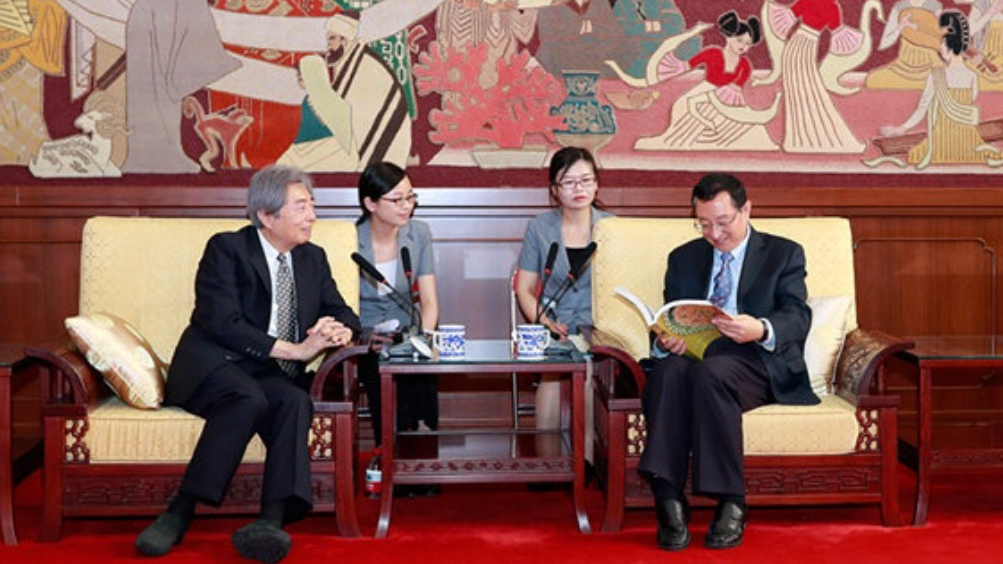 A special ceremony to mark the occasion, attended by dignitaries from both sides, was held at the National Library of China in Beijing on Tuesday.

The donation comes as both countries welcome the 40th anniversary of the signing of the China-Japan Treaty of Peace and Friendship – a pact which essentially normalized relations between the two countries some three decades after the end of World War II.

"My grandfather and father were very interested in learning about China, and they studied many ancient Chinese writings and books. It's my honor to be able to make such a donation at this special time. This collection means a great deal to us, and I am certain that by donating it to China, it will help more people to learn about China's history," said Hosokawa.

According to the National Library, the endowment includes ancient literature, as well as political writings from the Tang, Ming, and Qing Dynasties. Some are so scarce, they can hardly be found in China to this day. The collection also includes duplicate versions, as many of the works were copied after their value was recognized in Japan.

"This is the biggest donation the library has ever received. Such a donation sheds light on the number of cultural exchanges between China and Japan since ancient times. Because the donated items are from Mr. Hosokawa's private collection, I think such a gesture opens a new chapter for China-Japan exchanges going forward," said Zhang Zhiqing, deputy director of the National Library of China.

As one of the largest private collectors in Japan, the Hosokawa family has tens of thousands of historical artifacts on display at the Eisei Bunko Museum.

Their donation at the National Library of China will be on display from June 26 to July 26.