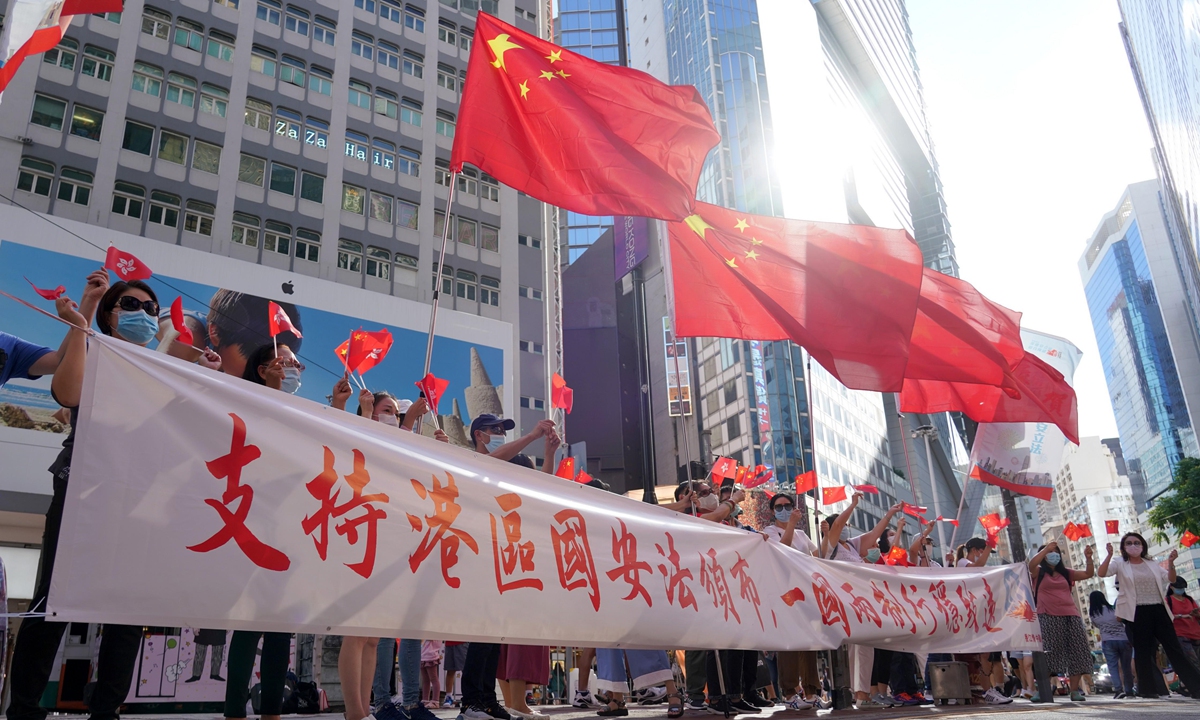 Hong Kong residents converge on the streets of Causeway Bay on June 30, 2020 to celebrate the 23rd anniversary of returned to China and the enactment of the National Security Law. （Photo: VCG）

Chung was detained in October by the police's national security department while attempting to seek asylum at the US consulate in Hong Kong and Macao.

Chung was accused of involving in actively organizing, planning, committing or participating in the commission of acts with others in Hong Kong aimed at secession and undermining national unity between July and October, 2020.

Chung was the founder of pro-secession group Studentslocalism, which announced the shutdown of its headquarters in Hong Kong on June 30, 2020, the same day the national security law for Hong Kong took effect, and said all the group's affairs would be handled by overseas members instead.