The former top political adviser in Guizhou province, Wang Fuyu, pleaded guilty to taking bribes of over 450 million yuan ($70.6 million) at a public trial in Tianjin on Tuesday. 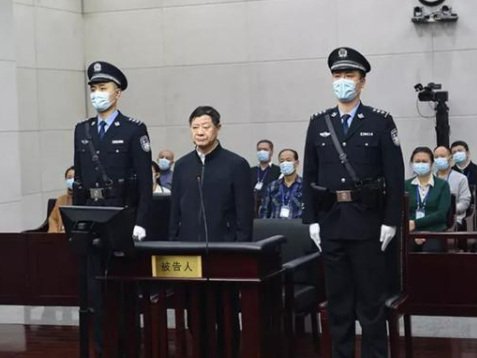 The public trial of the former chairman of the Guizhou Provincial Committee of the Chinese People's Political Consultative Conference was heard by the Tianjin First Intermediate People's Court. It will announce his sentence later.

Prosecutors said that from 1995 to 2018, Wang took advantage of his positions, including being Party chief of the cities of Sanya and Haikou in Hainan province and the head of the Guizhou Provincial Committee of the CPPCC, to seek benefits for related companies and individuals in business operations, planning approvals and career advancement. In return, he received money and property totaling 434 million yuan.

After he retired in 2019, Wang continued to use his influence to accept property worth 17.35 million yuan from others.

The 69-year-old from Henan province joined the Communist Party of China in 1974 and joined the workforce in 1976. Wang became Guizhou's deputy Party chief in 2004 and served as chairman of the Guizhou Provincial Committee of the CPPCC from 2013 to 2018.

Wang was placed under investigation by the country's top disciplinary watchdogs in February, and was arrested on suspicion of bribery in August.