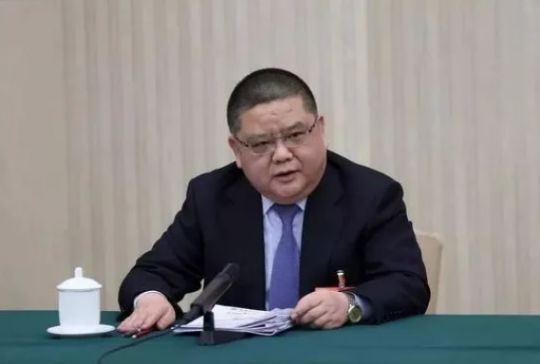 BEIJING, Dec. 2 (Xinhua) -- A former senior official of central China's Henan Province has been expelled from the Communist Party of China (CPC) and removed from his post over serious violations of Party discipline and the law, the country's top anti-graft body announced Thursday.

An investigation found that Gan Rongkun, a former member of the Standing Committee of the CPC Henan Provincial Committee and former secretary of the political and legal affairs commission of the provincial Party committee, has lost his ideals and convictions and engaged in superstitious activities, the CPC Central Commission for Discipline Inspection and the National Supervisory Commission said in a statement.

Disregarding the Party's eight-point frugality code, Gan received gifts and money and accepted tour and banquet invitations that may have compromised the fulfillment of his duties.

Gan took advantage of his power for personal gain and intervened in judicial affairs in breach of relevant regulations, said the statement.

He unscrupulously engaged in power-for-money deals, using his positions to seek benefits for others in project contracting, business operation and the handling of legal cases and taking huge amounts of money and gifts in exchange.

Gan was also addicted to gambling, the statement said.

Gan's acts have gravely violated the Party discipline and constituted severe violations of duty-related laws. He is suspected of taking bribes, the statement read.

In line with Party regulations and relevant laws, a decision has been made to expel him from the Party, remove him from his post, confiscate his illicit gains, and hand over his case to the designated procuratorate for further investigation and prosecution, the statement said.