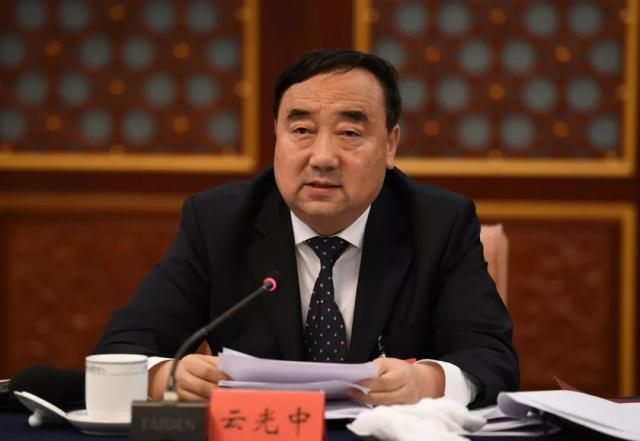 BEIJING -- Yun Guangzhong, former secretary of the Hohhot Municipal Committee of the Communist Party of China (CPC), has been expelled from the CPC over serious violations of disciplines and laws, China's top anti-graft body announced Sunday.

The CPC Central Commission for Discipline Inspection and the National Supervisory Commission said in a statement that Yun, also a former member of the Standing Committee of the Inner Mongolia Autonomous Regional Committee of the CPC, was also dismissed from public office.

Yun lost his ideals and convictions, was disloyal and dishonest to the Party, resisted investigation and failed to report personal information as required, the statement said.

Taking advantage of his posts, Yun sought benefits for others in personnel promotion and business activities and received a huge amount of gifts and money in return, gravely damaging the local political ecosystem and economic order, it said, adding he was also found to have traded power and money for sex.

Yun severely violated the Party's political and organizational discipline, and is suspected of taking bribes, said the statement, adding that he showed no signs of restraint even after the 18th CPC National Congress.

Yun's qualifications for delegates to the 19th CPC National Congress and the 10th CPC Inner Mongolia Autonomous Regional Congress were also terminated, while his illicit gains would be confiscated.

His suspected crimes will be transferred to the procuratorate for further investigation and prosecution, it added.