BEIJING, Nov. 2 (Xinhua) - Pu Bo, vice governor of southwest China's Guizhou Province, has been expelled from the Communist Party of China (CPC) and dismissed from office over serious violations of Party discipline and laws. His qualification for delegate to the 19th CPC National Congress has been terminated. 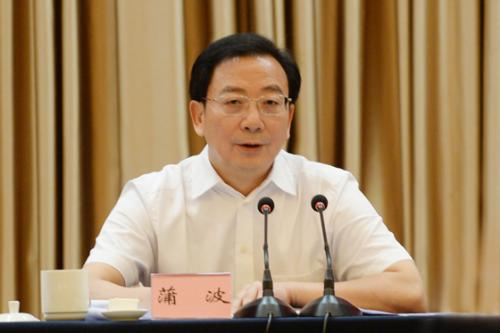 The CPC Central Commission for Discipline Inspection and the National Supervisory Commission said in a statement on Friday that they had conducted an investigation into Pu, who is also a member of the Leading Party Members Group of the government of Guizhou Province.

"Pu's illegal gains will be confiscated, and the case will be transferred to the judiciary," the statement said.

Pu was found to have violated political discipline and refused to cooperate in the investigation, according to the statement.

"Pu violated the Party's eight-point frugality code, attending banquets and tours that could have resulted in him performing his duty unfairly," it said.

Other offenses included taking advantage of his position to interfere in the selection and appointment of officials, refusing to report personal matters to authorities and amassing huge amount of money through gambling, being engaged in business, and illegally owning stock equity and shares.

His acts of taking advantage of his posts to seek benefits for others and accepting huge amounts of money and property put him on the radar for the alleged crime of taking bribes.

"As a senior cadre of the Party, Pu lost his ideals and convictions and showed no commitment to Party principles. He severely violated Party discipline, and the case should be dealt with seriously," the statement said.