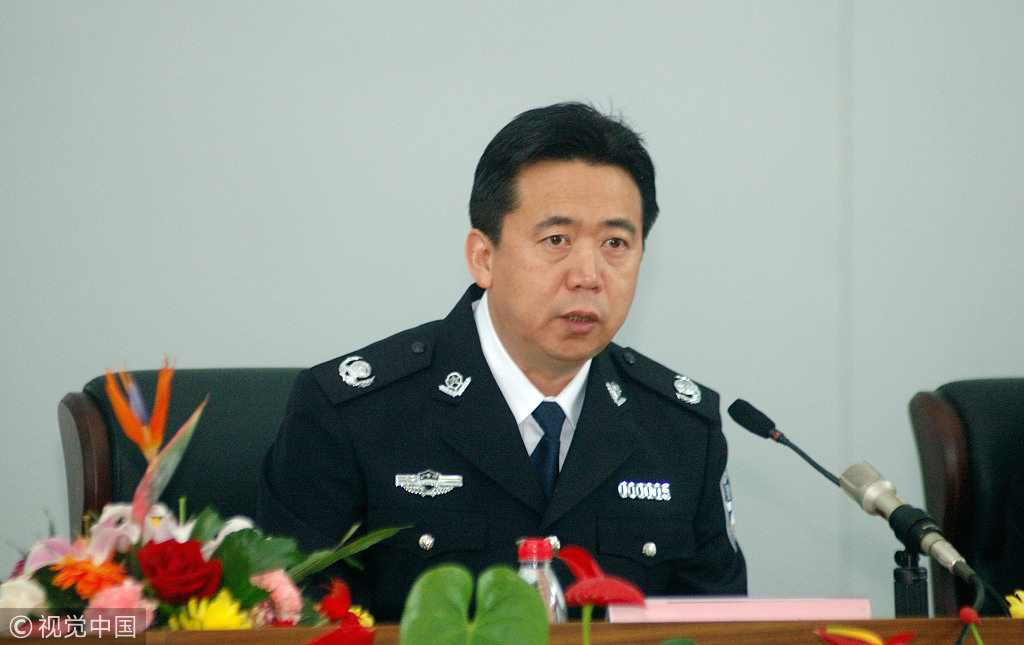 A procuratorate in Tianjin has prosecuted former vice-minister of public security Meng Hongwei for graft, the Supreme People's Procuratorate said on Friday via Sina Weibo.

Meng, 65, once served as Interpol president, based in Lyon, France. He was elected at the organization's 85th members' meeting in Indonesia in 2016, becoming the first Chinese to take the post.

He resigned in October 2018, the same month the National Commission of Supervision began investigating him for "serious violation of the laws".

The commission said he abused public power and used public funds to fund an extravagant lifestyle for his family.

He also allegedly took advantage of his position to find a job for his wife and helped others receive promotions in exchange for either cash or property bribes according to the investigation.

During the investigation, he was found to have violated Party discipline.

According to Communist Party of China Central Commission for Discipline Inspection, he failed to report personal matters as required by Party regulations and refused to implement major decisions made by the CPC Central Committee.

In March he was expelled from the Party and removed from his public office for "serious violation of the Party rules".