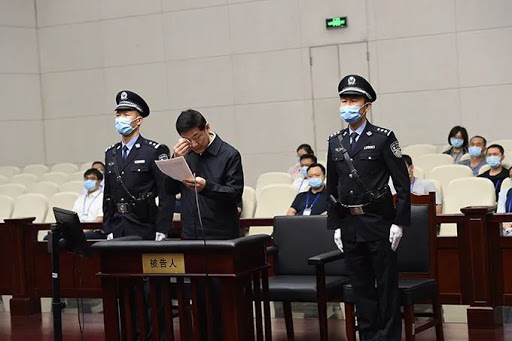 TIANJIN, Sept. 15 (Xinhua) -- Chen Guoqiang, former vice governor of northwest China's Shaanxi Province, was on Tuesday sentenced by a local court in north China's Tianjin Municipality to 13 years in prison for accepting bribes.
Chen was fined 3 million yuan (over 439,000 U.S. dollars), according to the First Intermediate People's Court of Tianjin.
The court found that Chen had taken advantage of his multiple posts in Shaanxi and the convenience associated with his status from 2006 to 2018, and assisted relevant organizations and individuals in project contracting, obtaining loans, and job promotions.
In return, he accepted money and gifts worth 35.66 million yuan either by himself or via family members, according to the court.
The court granted Chen a lenient punishment according to the law as he confessed to the crime, pleaded guilty and surrendered his illicit gains.
Chen accepted his sentencing and pledged not to appeal the court's decision.