Mo Jiancheng, a former member of the CPC Committee of the Ministry of Finance, received a sentence of 14 years in prison on Wednesday, according to a Xinhua report. 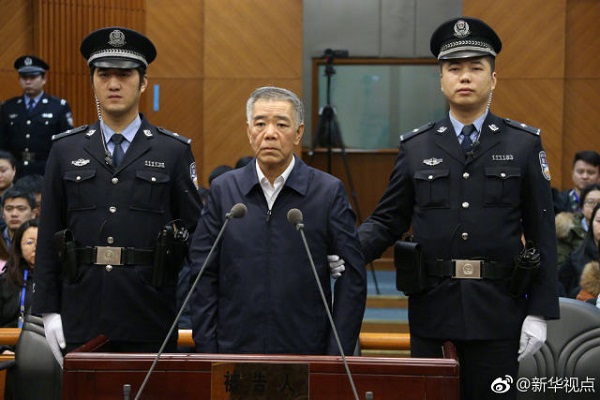 Mo pleaded guilty to taking bribes of 42.5 million yuan ($6.3 million), according to the Beijing No 1 Intermediate People's Court.

Mo was formerly a leader of the disciplinary inspection team sent by the Central Commission for Discipline Inspection to the Finance Ministry. He was expelled from the Party and dismissed from public office in September 2017.

Mo was accused of taking advantage of his positions to seek profits for certain businesses and individuals. He helped with company operations, loan applications, project approvals and promotions of personnel while serving in various positions in the Inner Mongolia autonomous region, Jiangxi province and the Finance Ministry from 2000 to 2017, the court said.