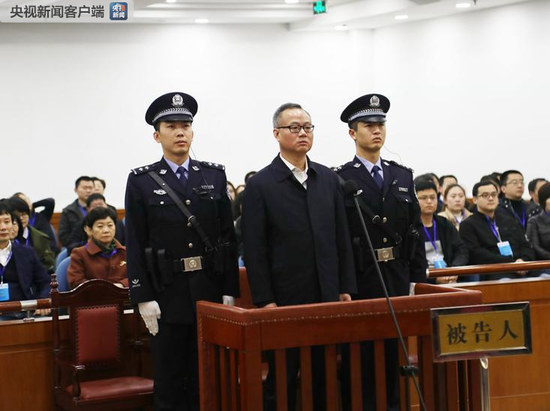 Zhou Chunyu, former vice governor of east China's Anhui Province, was sentenced to 20 years in prison Friday for multiple crimes, including bribery and abuse of power.

He was convicted of taking bribes, lying about overseas bank accounts, abuse of power and engaging in insider trading, and fined 361 million yuan (53.76 million U.S. dollars), according to the Intermediate People's Court of Jinan in Shandong Province.

The court found that between 1996 and 2017, Zhou took advantage various positions to help others in acquisition cases and projects, accepting money and goods worth 13.65 million yuan in return.

When serving as Party chief of Bengbu City, Zhou secretly deposited a total of 4.12 million dollars in foreign banks, according to the court.

When serving as the mayor of the city, Zhou illegally returned land-transfer fees to certain enterprises, resulting in state losses of 665 million yuan.

Zhou pleaded guilty in court and said he would not to appeal.

The court said that Zhou had received a lenient sentence for confessing to his crimes, showing repentance and being cooperative in returning all his illegal gains.