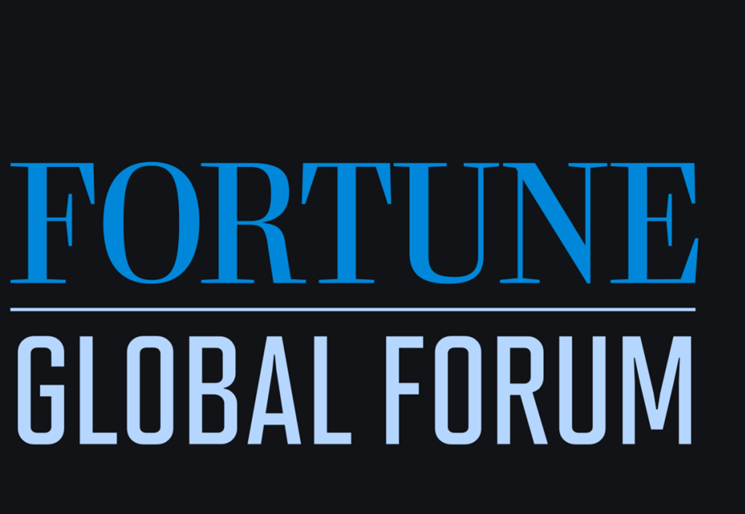 Thousands of business representatives gathered in Guangzhou, South China's Guangdong Province, on Wednesday for the annual Fortune Global Forum, with many participants expressing confidence that new steps are being taken to further open China's market to the world. President Xi Jinping sent a congratulatory letter to the forum, saying the country and its business environment will become more open, with greater transparency and more standardized services.  China welcomes entrepreneurs from all over the world to invest in the country, and share the benefits of China's economic reforms, Xi's message stated. Chinese Vice Premier Wang Yang, called for broader global cooperation, telling the forum that China will continue to open its market to the world. The annual Fortune Global Forum is a major three-day business event. The first Fortune Global Forum was held in 1995. "China's further development will be driven by innovation, it has a labor force of 900 million and a million highly educated people with great potential," said the Vice Premier in his speech. He also noted that the Chinese government has stepped up efforts in building a fair business environment in which both domestic and foreign investors are treated equally. Wang said qualified foreign companies registered in China will receive equal treatment in government procurement, standards setting and projects related to "Made in China 2025," the Chinese government's blueprint to upgrade the manufacturing sector with new technology.Some foreign organizations have expressed concerns that the manufacturing strategy designed by Beijing might actually hurt the interests of foreign firms. The European Union Chamber of Commerce in Beijing warned foreign firms to be cautious of policy tools such as "Made in China 2025," according to a report it released in March.Attendees at the three-day Fortune Global Forum heard an answer to the Chamber's worries.  "Chinese officials sent a strong message to the world today that the country will open more sectors of the economy to foreign investors, particularly in terms of upgrading manufacturing," said Miao Lü, executive secretary-general of the Beijing-based think tank Center for China and Globalization. "Wang's speech is a direct response to concerns rising from foreign business groups," she told the Global Times at the forum. From January to October, total foreign investment grew 1.9 percent year-on-year to 678.7 billion yuan ($102.6 billion), and manufacturing, high-tech and services have become a major magnet attracting foreign capital, according to data released by the Ministry of Commerce in November. "It's also a strong signal sent by the central government after the 19th Communist Party of China (CPC) National Congress. China's move to gradually open up its market will become a major economic trend over the next few years and foreign investors should fully take this into account," Miao noted. Positive outlook While some foreign investors are still taking a cautious attitude toward China's openness, others believe the country has already made progress in granting market access to foreign companies. "China is becoming more and more open," said Alain Galliano, vice-president in charge of international relations in the French city of Lyon, who has done business in China for 40 years. Galliano noted that French electric car companies are sure to see greater investment opportunities in China once curbs on foreign investment in the sector are loosened. "I believe that in China when top government officials say something is going to change, usually something changes. It's very much a top-down system," Jay Walker, founder of Priceline, a US commercial website that helps users find discounts, told the Global Times on Wednesday, noting that 19th CPC National Congress made it clear that an open economy will be a priority.