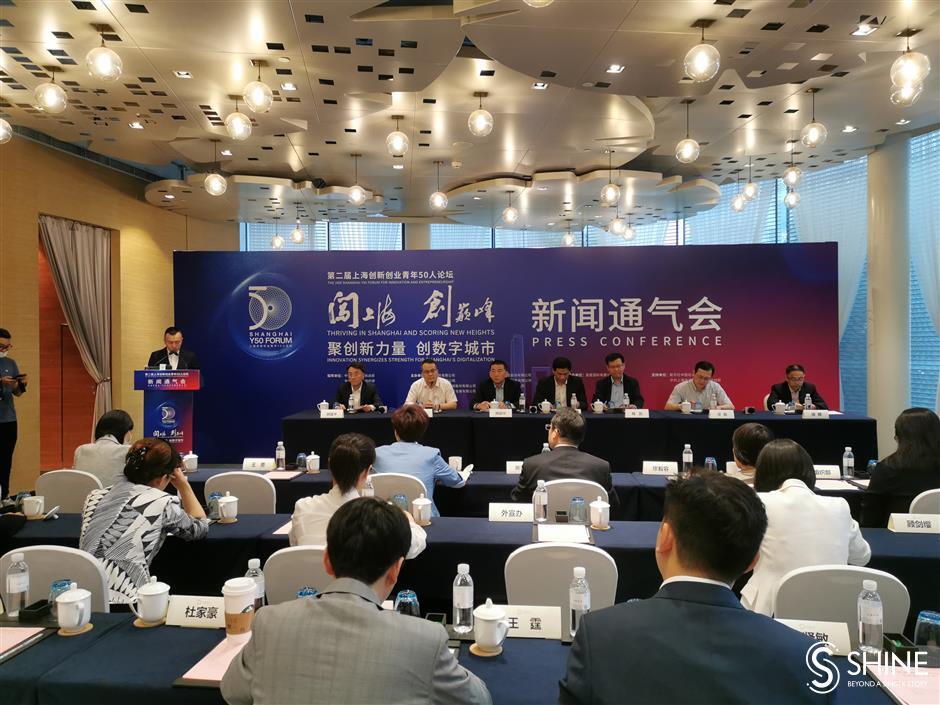 Details of the second “Y50 Forum for Innovation and Entrepreneurship” are announced at a press conference at Shanghai Tower on Tuesday.

Forty-three young innovators in Shanghai will share their thoughts on digitalization and smart transformation at a government forum on Saturday.

The second “Y50 Forum for Innovation and Entrepreneurship” will feature talks by leading academicians, established innovators and government officials, and the young innovators will take part in roundtable discussions.

Of the 43 innovators, seven are women.

A research institute attached to the forum will be established at the annual event.

Wu Zhiliang, its executive vice director, told reporters on Tuesday that the institute will be working to implement the consensuses, strategies and projects announced at the forum.

“It will be a think tank, a head hunter for rising stars in innovation, a link between innovators and a platform to promote innovation,” he said.

Wu, founder of the Shanghai Starryhome Foundation, is one of the innovators taking part in the forum.

Shanghai Tower in Lujiazui in the Pudong New Area was announced on Tuesday as the forum’s permanent home.