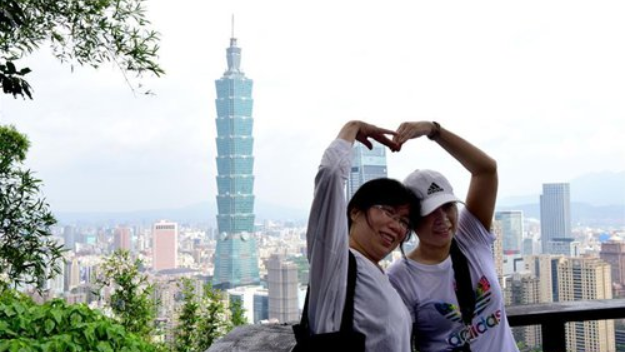 Experts and former officials reflected on methods to win the hearts of Taiwan residents and to handle the US messing with the Taiwan question after a retired lieutenant general warned the door to peaceful reunification "had been closed" and called for military action to solve it as soon as possible.

The year 2020 will be a crucial juncture for the reunification of the Chinese mainland and the island of Taiwan since pro-independence forces in Taiwan now have greater influence in the island, Wang Hongguang, a retired lieutenant general of the People's Liberation Army, said at the annual forum hosted by the Global Times over the weekend.

The damage will be irreparable if reunification is delayed by 5-10 more years, Wang said.

"The door to peaceful reunification has been closed in the Taiwan island," he said.

Wang suggested "strategically suppressing Taiwan" by occupying some small islands around it, including the Dongsha Islands and the Penghu Islands.

Wang Zaixi, a former deputy director of the Taiwan Affairs Office of the State Council, said military action should remain as an option, adding that winning the hearts of the people in Taiwan was still important work no matter for peaceful or military measures.

"We should not forget that the central government has been emphasizing in the past decades that hope relies on Taiwan residents" and "if we have not done a good job, we should look at ourselves," he said at the forum.

Chang Ya-chung, a professor from the Taipei-based National Taiwan University, at the forum called for the mainland to take concrete measures to end the confrontation between the two sides and win over more people to support reunification before talking about reunification and "one country, two systems."

"If you want to marry a woman, you should win her heart first," Chang said. "Simply economic benefits are not enough."

While some internet users agreed that military action was the quickest way to solve the Taiwan question, others argued that it was easy to reunite the land through force, but hard to cohere people's hearts.

It was the fourth act or law concerning Taiwan island passed in the US since Donald Trump took office three years ago, Wang Zaixi said.

Taiwan will be a major card of the US to contain China after the trade war, financial war and technology war, he warned.

"The core of the US strategy on Taiwan is to split it with the mainland forever, neither independent nor reunified, and play it as a card to contain China," he said.

Professor Chang said he worried that the US may incite Taiwan to engage in armed conflict with the Chinese mainland and end up turning Taiwan into another Afghanistan.

"Sacrificing Taiwan may not be a big deal for the US, but China may fall into the US trap, which I do not want to see," Chang said.