Female talents have gravitated to Shanghai as the city strives to become a world leading innovation center, the results of a recent survey revealed. 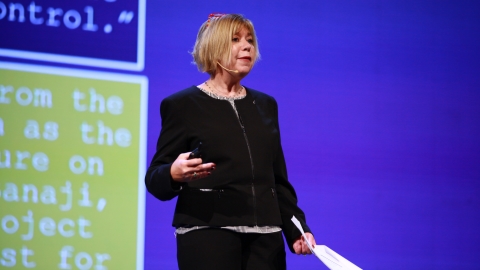 The survey on the development of female scientific and technological professionals was released at the opening of the 2018 Shanghai Women International Development Forum on Tuesday.

According to the survey, conducted by Shanghai Women’s Federation in July, more than 57 percent of women working in the science and technology sector in Shanghai said the city offers "fertile ground" for them.

The survey also showed nearly 81 percent of those surveyed felt an innovative ambience in the city, and more than 60 percent agreed Shanghai is a highly international and competitive city.

Xu Feng, chairman of the Shanghai Women’s Federation, said that Shanghai offers female professionals a platform to show themselves and make contributions, and the more they engage in local science work, the more active the local innovation sector will be.

Since 2000, 99 women have been honored by the local female version of Nobel Prize.

The 2018 Shanghai Women International Development Forum was held on Tuesday and Wednesday. Female entrepreneurs, scientists, artists and athletes from more than 30 countries such as China, the US and the UK, shared their experiences and explored methods of fulfilling women’s values in today’s society.