CHINA Fossil may be missing link in the origin of arthropods

Fossil may be missing link in the origin of arthropods

Chinese scientists have discovered a five-eyed, shrimplike creature that roamed the oceans half a billion years ago that may serve as the missing link in revealing the origin of arthropods, one of the most prevalent animal groups on Earth. 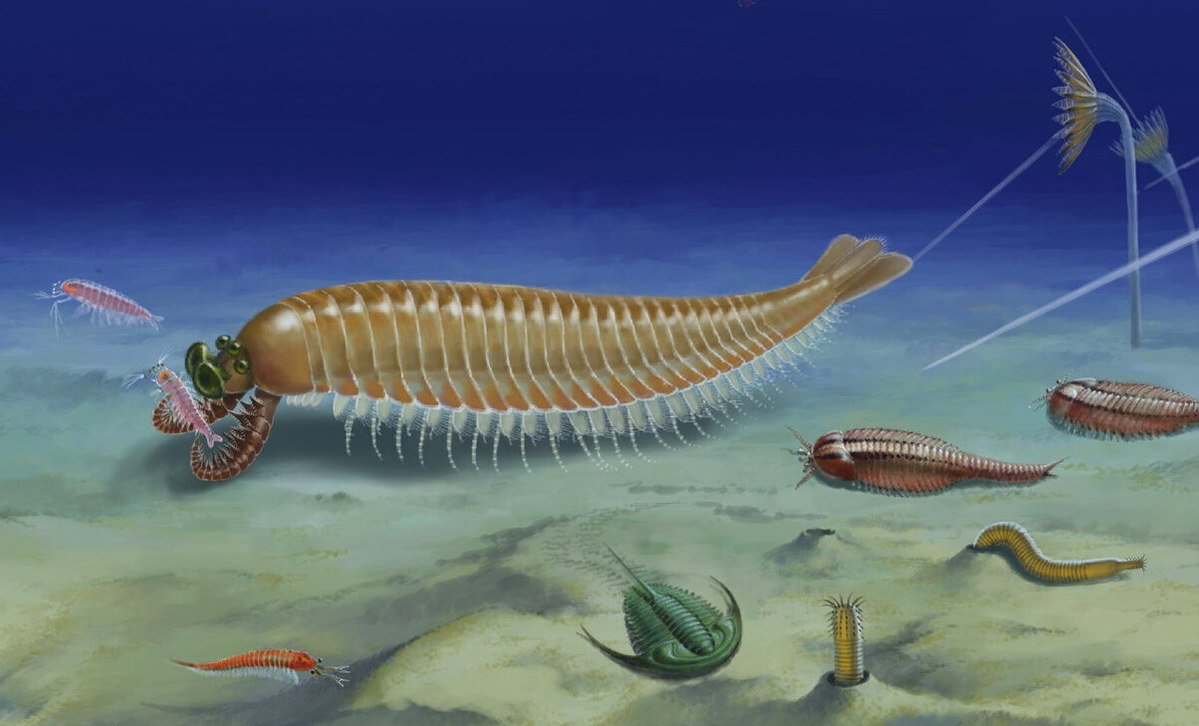 An artist's depiction of kylinxia. (Photo provided by CHINESE ACADEMY OF SCIENCES)

The discovery of the fossils was published in the journal Nature on Thursday. The creature, named kylinxia, appeared during the "Cambrian explosion" over 500 million years ago, when almost all the major divisions of the animal kingdom suddenly emerged.

They were discovered at the Chengjiang Fossil Site in Yunnan province by a research group led by professor Zhu Maoyan from the Chinese Academy of Sciences' Nanjing Institute of Geology and Paleontology.

The study showed that kylinxia had a shrimplike body consisting of more than 20 segments. It also had a pair of claw-like appendages used to grasp its prey and a peculiar set of five eyes on its head.

Zeng Han, the first author of the study, said kylinxia shared many features, such as a hard shell, a segmented body and jointed appendages, with today's arthropods, which include butterflies, spiders, crabs and centipedes.

At the same time, kylinxia also displayed similarities with other ancient animals. The five eyes on top of its head are a trait previously seen in an animal called opabinia, and its two prickly, raptorial appendages are reminiscent of anomalocaris, the top predator of the Cambrian period, Zeng said.

While opabinia and anomalocaris were believed to be the precursors of modern arthropods, their morphology differed greatly from today's arthropods, thus leaving an evolutionary gap in the fossil record that had confounded scientists for decades, said Huang Diying, one of the corresponding authors for the study.

"Our results indicate that the evolutionary placement of kylinxia is right between anomalocaris and the rest of the arthropods," Huang said.

"The discovery of kylinxia represents a crucial transitional fossil predicted by Darwin's evolutionary theory, and it fills a missing link in the origin of arthropods."