A team of international researchers has discovered the fossil of a 228-million-year-old turtle in Southwest China’s Guizhou Province.

The research findings, published on Wednesday in the journal Nature, said that the turtle had no shell but had a beak.

The fossil was more than two meters long and had a Frisbee-shaped body with wide ribs, a slender tail and a short trunk. The turtle's "important weapon" had not yet formed. 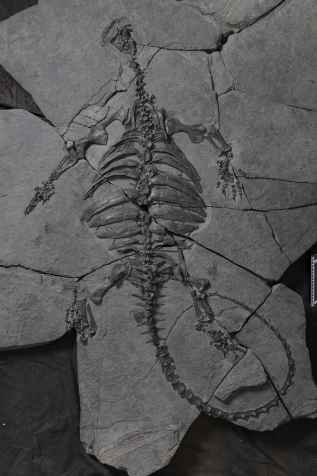 The fossil of the newly discovered Eorhynchochelys sinensis. (Photo: Institute of Vertebrate Paleontology and Paleoanthropology)

“It had a beak, and its carapace and plastron were not formed," said Li Chun, a researcher at the Institute of Vertebrate Paleontology and Paleoanthropology.

Other early turtles had a partial shell but no beak. Odontochelys semitestacea, dating back 220 million years and discovered by Li Chun’s team in Guanling in 2008, had teeth, a protective shell on its underside but no a carapace. 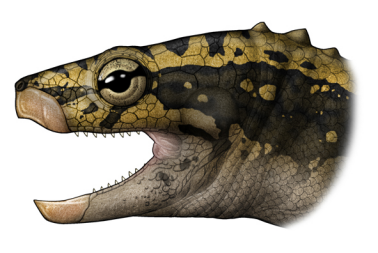 Artist's impression of how the turtle looked. (Photo: Institute of Vertebrate Paleontology and Paleoanthropology)

Pappochelys, which lived 240 million years ago and were found in Germany in 2015, had a bony structure over its belly.

“Eorhynchochelys sinensis lived between the more primitive Pappochelys and the Odontochelys semitestacea. The findings further shed light on the evolution of turtles,” Li said.

As to why the Odontochelys semitestacea, which appeared later than Eorhynchochelys sinensis, possessed teeth but had no beak, Li said, "We can't provide a clear explanation. It shows the complexity of the evolution of early turtles.”