Four generations of Chinese women melt hearts across the world 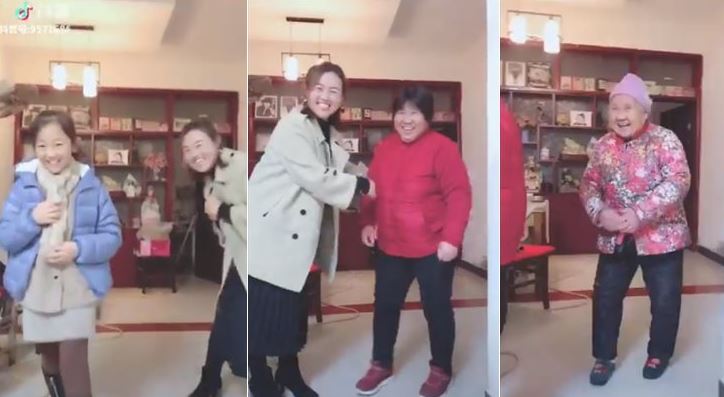 A video from China showing four generations of women with their mothers has melted the hearts of millions across the world.

It’s called the "Four Generations Challenge", and it has won the hearts of social media users across the world after BuzzFeed's Kassy Cho tweeted about it last week. "This Chinese four generations meme is so wholesome omg," she tweeted. The video has since garnered 1.39 million likes, 350,000 retweets and 20 million views.

"You have to love how Chinese culture respects and cherishes the older generations," one Twitter user said. Another commented: "The #fourgenerations challenge is so sweet!! I never even met my grandparents, never mind great grandparents! If you have that, cherish it!"

Multi-generation families from across the world, including the Philippines, India, Norway, Peru and the United States have joined the challenge and posted their own "four generation" photos and videos online.

The trend started on China's short-video platform Douyin, also known as TikTok. A Dec 19 post from Douyin on micro-blogging site Sina Weibo said that one of the four-generation video clips had gained two million likes.